Asus ZenFone Max Pro M1 Android 10 journey dates back to January 2020. This device made its mark in the budget segment for the specifications it brought along but turned out to be a catastrophe when it came to updates. Some users were quick to spot the negligence of Asus in providing routine software updates that were mostly accompanied by bugs.

Asus ZenFone Max Pro M1 users, for instance, chose to pin their hopes on custom ROM developments as the only good alternative over the company’s half-baked and mostly delayed updates.

The beta version of Android 10 update has been out since January but the stable rollout still remains elusive. A complete track of the device’s development has been compiled here.

After a year-long of speculations and let downs, users dreaded that they’d have to settle with only the beta. Well, the emerging news suggests exactly what they feared. Asus France may just have shattered user hopes and expectations.

To date, only the developer version is available for download in Android 10 for the ZF Max Pro M1. No other version is planned for this smartphone at this time.

According to Asus France, nothing other than the developer version has been planned for this device, at least not in Asus’ immediate plans.

This comes as a huge disappointment for device owners after being promised two major OS updates. And not just ZenFone Max Pro M1, but this saga has been equally disappointing for other devices in the ZenFone series. The year is about to end but the Asus progress meter seems to be stuck with the beta. Asus is a brand that is famous for engineering the best in class gaming smartphones, laptops, etc. But the OEM didn’t even complete what they started with the ZenFone series.

The denouement of the ZenFone series is unsatisfactory, and a lesson that’s better to be learned before adding another device to the inventory.

However, this piece of information does not serve as an official announcement. We would urge the device owners to take this news with a pinch of salt. Wonders of custom ROM developers have breathed new life into Asus ZenFone Max Pro M1. There are dozens of custom skins available, even a few Android 11 skins as well.

We at PiunikaWeb are continuously tracking Asus developments and providing our readers with the latest information.

IST 10:04 am: Asus has released the fifth Android 10 beta update for the ZenFone Max Pro M1 which along with the December security patch. This also indicates that the OEM has not yet given up on the device in question.

Note: We have more such stories in our dedicated Asus section so be sure to follow it as well. 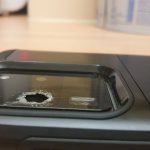