[Update: Rolling out] Xiaomi Mi Note 10 Android 11 update rollout shouldn't be far as Mi CC9 Pro gets it in China

Xiaomi is the third leading smartphone vendor in the world, at least according to the most recent Q3 2020 stats published by Counterpoint Research.

Unless you just came from a cave, you’ll know the major reason behind this success is the sheer number of devices the company pumps into the market every year.

In 2020 alone, for instance, Xiaomi unveiled close to 50 new phones. Of course, some of these devices are rebadged variants of other models.

For instance, the Redmi Note 9 Pro sold in India is a rebadged Redmi Note 9S sold across Europe and other parts of the globe (outside India).

On the other hand, the Mi 10T and Mi 10T Pro are sold back at home as Redmi K30S/Ultra, leading to a rather confusing naming scheme.

Similarly, the Xiaomi Mi Note 10 that you know is sold elsewhere, China to be specific, as the Mi CC9 Pro. The phone was unveiled in late 2019 and came preinstalled with Android Pie out of the box.

An update to Android 10 has since been pushed to the device, both in China and across the globe where there is also a Pro variant with superior memory.

And since it is part of the top-tier Mi phones that are known to receive more than one OS upgrade, an update to Android 11 was expected at some point.

Indeed, in August 2020, we received reports of an internal beta testing for the firmware on the Mi CC9 Pro, implying that the update was under development for the Mi Note 10 as well.

Fast-forward to today, a new firmware is live in China as version 12.1.3.0.RFDCNXM – a target for the Mi CC9 Pro unit. As you can see, the update brings along the stable version of Android 11 OS.

However, being an early release, the rollout is still limited to select Mi CC9 Pro users, with the rest set to join the party once the company certifies that the build is bug-free.

Speaking of, those using the Mi Note 10 or Mi Note 10 Pro for that matter can rest assured that the update to Android 11 is around the corner. But it could probably take a few more weeks before everyone gets it.

As always, we will keep an eye on the matter and let you know when the Mi Note 10 bag the update to Android 11. You can also do the same via this Xiaomi Android 11 update tracker.

13:40 pm (IST): The Android 11 beta stable update is now live for the Mi Note 10 and Note 10 Pro in Europe. Other regions should receive it soon as well. Download link has been given below.

04:33 pm (IST): The global variants of the Mi Note 10 and Mi Note 10 Pro have now bagged the Android 11 update. For more changelog and download link, look below.

06:45 pm (IST): The Indonesian and Russian variants of the Mi Note 10/10 Pro have now bagged Android 11. You can download the same through the links given below: 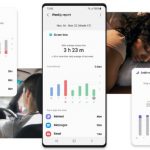