I have always been puzzled by the smartphone naming scheme of Xiaomi devices. Or maybe there is simply none at all, at least that’s how I see it.

It’s been quite a journey writing about Xiaomi devices not just here on PiunikaWeb. The Mi 5 was the first Xiaomi phone that caught my attention.

Rocking a powerful Qualcomm Snapdragon 820 chipset at the fraction of the Galaxy S7‘s asking price, Xiaomi was undoubtedly getting my money. But then availability of the device was something else. Back then, Xiaomi did not have the global reach it boasts right now. The company now has an established sales chain in multiple markets outside China. And this means getting hold of a Mi device is no hassle.

This is where our shoulders begin to brush. No doubt Xiaomi has some cool devices at very reasonable prices. However, you can hardly tell which device to buy owing to the numbers out there.

Sure, pretty much every Android vendor at some point has renamed some of their devices and posed them in multiple markets as different offerings.

Samsung does it and so do the likes of LG, Motorola, Nokia, Oppo and so on. But Xiaomi scales things up a notch – or perhaps two or even three – higher.

You must be asking what’s so hard about telling these four apart? Well, the standard Redmi Note 9 is available in multiple markets across the globe, but it’s known as Redmi 10X 4G back in China.

As for the Redmi Note 9S, it also has a global presence, including across Europe. But it changes names to Redmi Note 9 Pro once it crosses the boarder into India.

Add the newly-announced Redmi Note 9 5G and Redmi Note 9 Pro 5G to the mix and you have yourself a nice little package of confusing device names with nearly identical offerings.

It doesn’t stop there. The likes of Redmi 9 have multiple variants as well, some sold as Redmi 9 Prime depending on whether you buy it. The Redmi K30 4G is sold as the Poco X2 in India while the Redmi K30 Pro is the Poco F2 Pro in other markets.

The Redmi 20 is known as Xiaomi Mi 9T in markets outside India and China while the Redmi K20 Pro changes names to Xiaomi Mi 9T Pro in Europe and other markets.

I can go on and on with these name comparisons, but what’s the point? What does Xiaomi aim to achieve by renaming devices with every international boarder they cross?

This, in case you didn’t know, is one of the major reasons Xiaomi overtook Apple (in Q3 2020) into third as far as global smartphone shipments are concerned. The sheer number of devices shipped annually is a huge factor.

And the different names help them ease past unsuspecting consumers who easily think they are buying a new device yet it’s just the same device, but this time with a different moniker.

I can’t help but stop and think how confused the average smartphone buyer might be given how confusing Xiaomi smartphone naming scheme is to me. It’s hard to fathom the reasoning behind these decisions.

While Xiaomi might want to justify these name changes with the minor variations in the specs, that’s just not enough to warrant this level of chaos.

At this point, Xiaomi has a massive user base that it doesn’t need to pull these stunts to double down on their sales. Just give us bug-free MIUI updates and we are good to go.

Either way, Xiaomi needs to do something about its smartphone naming scheme and the sooner the better. Do let us know your thoughts in the comments section below.

We also have a Twitter poll (below) that we’d like your vote, so be sure to check it out. We will update this article after one week with the poll results.

We think Xiaomi has one the most confusion smartphone naming schemes. What are your thoughts?

The results for the poll are out. An overwhelming majority (close to 83%) agree that Xiaomi’s naming scheme is very confusing. While over 9% of those who voted said NO, the remaining said they don’t really care about it.

If you missed the poll, you are welcome to share your thoughts in the comments section at the bottom. 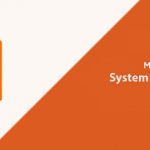 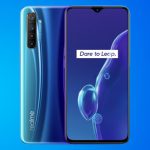