OnePlus has come a long way with its OxygenOS 11 (Android 11) update which feels more like Samsung’s One UI now.

The OEM conducted a survey earlier in the month which focused on OxygenOS 11 features including the Dialer, Messages, and Launcher apps. Now, another survey is being conducted by OnePlus which focuses on the OnePlus 8T OxygenOS 11 software experience.

This time as well, the survey focuses on OxygenOS 11 features like AoD (Always-on Display), Gallery, Dialer, and Messages apps asking users whether they have used these apps and features or not. Such surveys indicate that the OEM might be considering to bring back the OnePlus Dialer and Messages apps back on OxygenOS 11 or future OxygenOS builds.

While this is still based on our speculation, it is quite possible that the OEM might actually give users an option to choose between the Dialer and Messages apps from both, Google and OnePlus.

Nevertheless, the OEM has not mentioned anything about bringing back the said apps, hence, nothing is confirmed until an official announcement has been made. It must be noted that OnePlus users have been asking to bring back the OnePlus Dialer app which shows that they are clearly more inclined towards it.

Hopefully, the allows users of the OnePlus 8T and more OxygenOS 11 eligible devices to choose between Google and OnePlus Dialer and Messages apps.

That said, you can take part in the ongoing survey by heading over to the official announcement post on the OnePlus community or start directly by clicking here. Also, you can check out our OnePlus OxygenOS 11 update tracker to get the latest updates on the topic.

Moreover, we also have dedicated OnePlus 8T OxygenOS 11 update and bug trackers so be sure to go through them as well.

A screenshot of an alleged conversation between a OnePlus user and a company representative hints at a possibility of users with OnePlus 8T and OnePlus Nord getting OnePlus dialer and Messaging app in a future update. More on that here 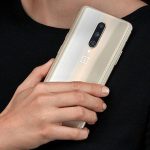