OnePlus has been collecting user feedback through its IDEAS 2.0 initiative and the its final round got over recently.

In the second round of OnePlus IDEAS 2.0, we saw many several feature suggestions that the OEM adopted while some got rejected as well.

Moreover, the back tap gestures feature from iOS is under consideration which means the OEM might add similar feature to the future OxygenOS builds. Now, the third and final round of OnePlus IDEAS 2.0 has brought seven new feature suggestions from users that might make it to OxygenOS.

Apart from these, users are demanding the OnePlus Dialer app instead of Google Dialer, notification count badges, navigation bar customization, and animations while connecting and pairing with other devices. All these suggestions are being reviewed by OnePlus developers and it is possible that some or all these feature requests might be added to the future OxygenOS builds.

The final decision still depends on the developers and the result is scheduled to announced on November 16, 2020.

Users will have to wait patiently to know which of these feature suggestions will be selected by OnePlus developers until the given date. Moreover, it is possible that some or all the aforementioned features might come out with the future OxygenOS 11 updates. 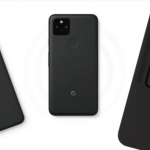 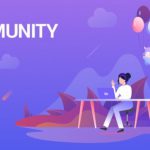