Android 11 was officially unveiled back in September and since then, we have seen admirable developments from various OEMs.

We are following the Android 11 rollout and you can check out our dedicated Android 11 tracker for more on this.

Not to be left behind, we’ve seen OnePlus making decent strides with regards to OxygenOS 11, its Android 11-based custom Android skin.

While the OnePlus 8T launched with this skin out of the box, we’ve seen the OnePlus 8 series of devices join the Android 11, OxygenOS 11 party with stable builds.

Admittedly, there have been one too many issues surrounding this OxygenOS 11 build for the OnePlus 8 series of devices and you can learn more about these issues here.

Well, today, OnePlus is seeking to engage users who have updated their OnePlus 8 devices to OxygenOS 11 in a bid to get their feedback.

Some of the features that OnePlus is looking to get user feedback on include the Canvas Always-on Display feature.

Canvas AOD automatically draws a special wireframe photo that will show on the Always-On-Display (AOD). The wireframe draft then evolves into a complete photo in the time you unlock the screen and access the launcher.

Here’s a list of the OxygenOS 11 features under survey;

To recall, OxygenOS 11 caused quite the stir when it first launched owing to the drastic departure it represented from what OnePlus has been traditionally known for.

Gone is the stock Android-inspired simplistic look and feel as OnePlus embraces a more Samsung One UI-inspired look. We have more on this and you can check that out here.

Previous reports hinted at the fact that OnePlus users still liked OxygenOS 11. This, despite the rather obvious Samsung inspiration.

It’ll be interesting to see what this survey reveals as OxygenOS 11 is still invoking rather strong feelings among OnePlus fans.

To take part in this OnePlus survey, check out the official survey announcement or click here to go directly to the survey. 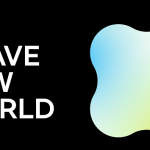