The Android community is patiently waiting for the official unveiling of the next version of Android- Android 11- which is slated for sometime next month. Already, we have seen a number of Developer Previews and we have a pretty good idea of what to expect in Android 11.

Even as that happens, many OEMs are already working on their own skinned versions of Android 11. We have seen Samsung working on its upcoming One UI 3.0, OnePlus with OxygenOS 11, and so on.

Earlier this year, we saw the release of the Xiaomi Mi 10 Youth Edition, sold in other markets as the Xiaomi Mi 10 Lite, and the Redmi K30 5G. Both devices came with Android 10 out of the box with MIUI 11 on top. Since then, both the K30 5G and the Mi 10 Lite have been updated to MIUI 12 in China. While it has not been explicitly mentioned in the post, both devices came with Android 10 out of the box and the only Android system upgrade that could be implied in this message is the upcoming Android 11. Could Xiaomi be working on Android 11 for Mi 10 Lite and Redmi K30 5G?

Also, is Xiaomi planning to release MIUI 12 for these devices in other regions along with Android 11? Well, that remains to be seen. However, if previously-released MIUI 12 roadmaps are anything to go by, we should see the devices get MIUI 12 in more regions pretty soon. Stay tuned to our dedicated MIUI 12 tracker for more.

Also, Xiaomi recently released Android 10 source code for the Xiaomi Mi 10 Lite 5G & Mi 10 Lite Zoom so we should expect better Android 10-based custom ROMs for these devices as users await an update to MIUI 12.

It is refreshing to see OEMs already working on Android 11 even before the official release. This could mean that many devices will get updated to Android 11 sooner than they did get previous versions of Android. However, that too remains to be seen.

IST 06:10 pm: According to information shared via the Xiaomi & MIUI News group on Telegram, it appears that the Redmi K30 5G and the Mi 10 Youth Edition picked up the Android 11 beta update alongside recent MIUI 12 beta version 20.9.8.

The Mi 10 Lite devices (global) are now receiving the Android 11 update. While the initial wave is likely to hit a limited set of devices, a wider rollout should follow soon. Those not interested in waiting for the OTA can install the update using the download link shared below.

Following is the changelog:

The Mi 10 Lite Zoom (aka Mi 10 Youth Edition) is getting the stable Android 11 update in China. If you want to install the update manually, the download link is given below. However, this is a Chinese ROM and does not include any Google apps and services.

Xiaomi has released the Android 11 stable update for the Mi 10 Lite in Europe as version 12.1.2.0.RJIEUXM. The download for the same is given below in case you want to install the latest OS update manually:

The Mi 10 Lite in Taiwan is receiving the update to Android 11 as version 12.1.1.0.RJITWXM. Below is the brief changelog and download link: 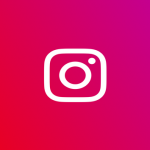