The next version of Android, Android 11 is right around the corner at this point. We have seen all the important milestones including the Developer Previews and at the time of writing, Android 11’s Beta 3 is available for testing and development for eligible devices.

Other OEMs from Samsung to Oppo and OnePlus are also working on their own renditions of Android 11 for their devices, at least for their respective flagship devices.

Yesterday we saw OnePlus finally release OxygenOS 11 Beta for the OnePlus 8 series of devices, its final Developer Preview before the official unvailing of OxygenOS 11. But what’s new in these builds? Well, here’s a video that explores what’s new.

One of the highlighting features of this Beta build was the inclusion of Always-on Display for the OnePlus 8 devices. AOD is arguably one of the biggest missin features in OnePlus devices.

The AOD in OxygenOS 11 Beta is a lot more comprehensive and allows users to select from over 10 pre-installed Always-on display clock styles. It also allows users to schedule when they’d like their devices to have this feature turned on, obviously for battery concerns.

OnePlus maintains a rather slim portfolio and as such, has a lot less devices to update to the next version of Android. For a list of OnePlus devices that are eligible for an update to Android 11-based OxygenOS 11, check out our coverage of the same here.

For a list of OnePlus devices that have already been updated to OxygenOS 11, check out our OxygenOS 11 tracker. This should be guided by OnePlus’ recently released timelines for OxygenOS 11 for its recent devices including the OnePlus 8 and 8 Pro, OnePlus 7 and 7T, OnePlus 6 and 6T.

Many thanks to TechiBee Channel on YouTube for the attached video. 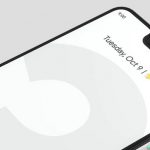 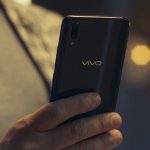