Samsung remains the biggest smartphone vendor on the planet, accounting for just over 30% of the market share, according to the latest data.

This, therefore, explains the kind of attention that the company’s Android 11 custom Android skin, One UI 3.0, is getting across the board.

We have been closely following this custom Android skin through its development stages and various milestones. You can check out our dedicated One UI 3.0 tracker for more.

The Galaxy S20 series of devices were the first to join the Beta program for One UI 3.0, starting with Samsung’s home market of South Korea and then followed by other market such as Europe, America and even Asia.

The Android 11-based skin from Samsung has been in the works for quite sometime now and recently, we got reports that it was finally ready for prime time.

According to the said reports, Samsung was planning to begin the rollout of the stable One UI 3.0 update to Galaxy S20 devices, starting with South Korea, on December 3.

Exciting news to all users and in the U.S, Verizon has just released the stable One UI 3.0 update to Samsung Galaxy S20, Galaxy S20+, and Galaxy S20 Ultra.

Obviously, other carrier users would be eager to know when their turn comes. These carriers aren’t slacking either as today, T-Mobile users of the S20 series of devices have a date to look forward to: December 11.

According to known Samsung leaker, Max Weinbach, T-Mobile plans to roll out One UI 3.0 to its Galaxy S20 devices beginning December 11.

While not official from Samsung, this is as close to any timelines as it gets. Also, looking at Max’s previous leaks, this claim could very well be true.

It is pretty refreshing to see carriers like Verizon, and now T-Mobile, striving to deliver these updates soon after Samsung officially does. This is the kind of move we’d like to see from carriers.

For now, the wait for the stable Android 11-based One UI 3.0 OTAs to hit relevant Galaxy S20 devices is on. We also hope that the issues that have been reported throughout the development stages will have been addressed in these upcoming stable builds.

As various OEMs continue to strive to roll out Android 11 to eligible devices, you might want to check out our Android 11 tracker for your device’s status.

03:25 pm (IST): It appears that the One UI 3.0 update has already begun rolling out for T-Mobile Samsung Galaxy S20 users in the U.S., days earlier than expected. A user confirmed receiving the update via a post on Reddit.

12:55 pm (IST): T-Mobile has reportedly halted the Android 11 (One UI 3.0) rollout for the Samsung Galaxy S20 series in the U.S. While the carrier has not shared exactly why it paused the update, it’s likely that some bugs were discovered. The update should be released once the bugs are ironed out.

05:39 pm (IST): According to a couple of user reports from Reddit, the unlocked and T-Mobile Samsung Galaxy S20 units are now getting a new One UI 3.0 update based on Android 11. 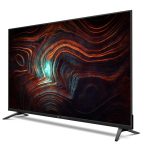