The entire Android community is now focused on the new version of Android, Android 11, which was officially unveiled about a month ago.

We’ve since seen other phone-makers kickstarting their development of Android 11-based skins and you might want to check out our Android 11 tracker for more on that. Samsung is well on its way to delivering its Android 11-based skin, One UI 3.0, to eligible devices. We know that the public beta program for this skin is already underway in South Korea and the ZTJ3 Beta build is slated for this week.

Today, it turns out that the company is also conducting Beta tests for users of eligible devices in the U.S with the rollout of the above-mentioned public beta build.

According to some users on the forums, the update has gone out to those who are already members of the developer beta program.

This update has been reported by users of Sprint and US Unlocked variants of Samsung Galaxy S20 Ultra.

It bears software version number ZTJ3 and has been seen to bring the October 2020 security patch update, along with Android 11 of course.

For users of the S20 Ultra on AT&T, it is reported that the Wi-Fi Calling is working correctly in this One UI 3.0 Beta build. This is impressive and is a good sign for other eligible Galaxy devices on AT&T.

As this is an early build, there are still a few issues.

A user on Reddit who has been using this preliminary build has come up with a few points to note about this update and they are as follows.

-Can confirm you can finally remove the media notification by doing a long press ?

-Can also confirm all notifications vibrate like they should now.

-No gestures issues yet

-Haven’t had any default launcher clearing issues either

So what’s new with the upcoming skin from Samsung? Well, thanks to Samsung Ambassadors (1, 2), we get our first glimpses of One UI 3.0 Public beta 1.

Many of these new changes are subtle and underrated but they all add up to a comprehensive change in the user experience.

In One UI 3.0 Public Beta 1, the Pin pad has been slightly tweaked.

Also, gone is the color wheel in the customization options for the always-on display. Instead, users get a number of preselected color options to customize their experience.

There is also a new widget selection screen in this public beta. It does not look drastically different from what we’ve seen in previous builds of One UI but it is a change nonetheless.

New UI for widget selection and a new (again) qdd button instead of drag and drop (which still works too)#OneUI3Beta pic.twitter.com/S0qk68pOfy

For more on what’s new in One UI 3 from the previous One UI 2.5 build, check out the comparison video below.

According to a Samsung Care Ambassador, it seems that the One UI 3.0 public beta for the Galaxy Note 20 series may be released sooner than expected. This is because the individual claimed to see an enrollment banner but he was not able to sign up.

T-Mobile Galaxy S20 users are also beginning to report that the One UI 3.0 public beta update has begun rolling out for the device. Thus if you have a Galaxy S20 series smartphone from T-Mobile, you can participate in the Beta program right away.

The One UI 3.0 (Android 11) beta update is now available for users with unlocked Galaxy S20 series models as well. Further, the update brings RCS messaging through Jibe in the U.S according to a user report.

Samsung released the second One UI 3.0 public beta update with the build number ZTJA for the Galaxy S20 series in the U.S. As expected, it brings a few stability improvements and bug fixes according to a report.

A new One UI 3.0 beta firmware (version G988BXXU5ZTJF) has begun rolling out to users who are in the beta program for the Galaxy S20 Ultra. According to a report, it seems the latest beta has improved the camera on the device.

Samsung is now rolling out the One UI 3.0 beta 2 update for the Galaxy S20 series. This new software is available to beta testers as build number ZTJG. It brings a number of fixes and improvements.

Samsung began rolling out the second One UI 3.0 beta update a few days ago. While the changelog only mentions bug fixes, the update does add some new elements to the UI and certain first-party apps.

The Gallery application animation has now been switched up and a quick navigation bar has been added to the app to scroll through photos easily. Further, the Samsung Password manager UI has also been revamped.

Samsung has also tweaked the appearance of the Bixby screen. The update also brings the option for users to “Show device and media buttons above notifications”. Head here to see more of what’s changed, although, the page is in Korean.

The One UI 3.0 beta has begun rolling out for Samsung Galaxy S20 models from Sprint. Therefore, users who enrolled for the beta should see the beta update notification on their device by now. A Sprint Galaxy S20+ user reported receiving the update on Reddit. 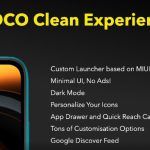