[Update: Live in India] Samsung Galaxy A50s One UI 2.5 update rolls out; Galaxy A50 allegedly next in line

Samsung is busy with its Android 11-based One UI 3.0 update but the likes of Galaxy A50 are still in line for One UI 2.5.

While Samsung Galaxy A50 was not listed to get One UI 2.5, reports of the said update expected to arrive by September-end came to light some few weeks ago but nothing yet. 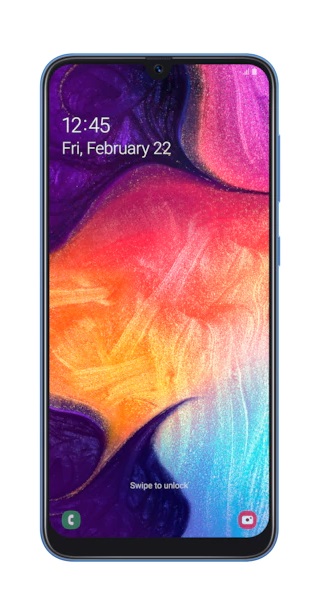 Now, the Galaxy A50s is getting One UI 2.5 and the standard Galaxy A50 might be next in line to receive the same.

The information comes from Twitter where a user has shared a conversation which suggests that the Galaxy A50 might get the One UI 2.5 update somewhere between November and December.

Since this info has not been officially acknowledged by the OEM, it should be taken with a pinch of salt. 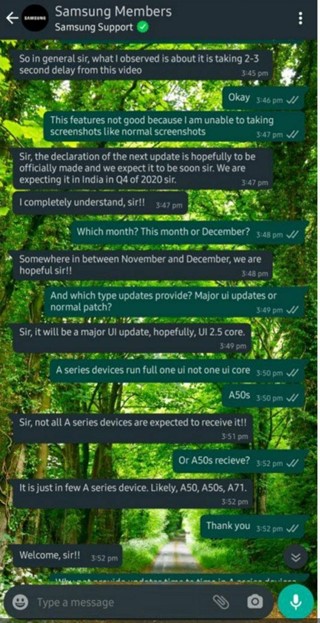 Also, the Galaxy A50s has received One UI 2.5 only in Vietnam and the same is yet to roll out in other regions.

Hopefully, the OEM also delivers the One UI 2.5 update for the standard Galaxy A50 as users have been waiting for quite some time.

It must be noted that Samsung announced its three major OS updates plan back in August for multiple devices.

After some time, several devices from the Galaxy A series were also included in the three major OS updates plan.

While the Galaxy A50 and Galaxy A50s are not included in the aforementioned plan, both devices are still in line for One UI 3.0 based on Android 11 – their second and perhaps last major OS update. IST 10:55 am: Samsung has now added the complete changelog of the One UI 2.5 update for the Galaxy A50s on its site. You can check out all that’s new with the update below:

Wi-Fi
– If quality information on nearby Wi-Fi routers can be measured, this information will appear as Very Fast, Fast, Normal, or Slow.
* This feature can be turned on or off in “Network Quality Information Display” settings.
– When attempting to access a Wi-Fi router with a password, a newly added feature now allows the user to request the password of the Wi-Fi router from someone nearby who is saved in their contact list and has already connected to that router.
* The “Request Password” button will appear on the Wi-Fi password input screen when you can request a password.

Samsung keyboard
– A new feature has been added to the keyboard search feature that allows the user to search YouTube.
– Split Keyboard is supported on Landscape mode.
– The search function of the “Manage Input Languages” screen in the Keyboard Settings page has been newly updated to make it easy to find keyboard input languages that the user wishes to add or delete.

Camera
– The Pro Video feature has been enhanced.

Thanks for the tip, Lazuardi 2K17

05:00 pm (IST): The One UI 2.5 update for the Galaxy A50s is now rolling out in the Philippines according to a report from a user on Reddit.

11:20 am (IST): A report on Reddit suggest the Galaxy A50s variants in the UK region are now receiving the much-awaited One UI 2.5 update as build CTJ2.