Samsung has already announced that the several devices will get three major OS updates. Now, Samsung’s One UI 2.5 update has been rolling out to numerous Galaxy series devices including the Galaxy S20, Galaxy S10, and Galaxy Note 10 series.

The shared screenshot is from a conversation between a supposed Galaxy A50 user and a Samsung support executive who has clearly stated that the device in question will get the One UI 2.5 update by September-end.

However, while the original poster has mentioned that the update will arrive on Galaxy A50 in the title, the conversation does not outline which device will get the One UI 2.5 update. So, it is still unclear whether the Galaxy A50 will get updated to One UI 2.5 or not.

That said, nothing is confirmed at the moment as the OEM has not listed the Galaxy A50 in the official list of One UI 2.5 eligible deivces. Nevertheless, we would like to believe that the information is indeed true about the Galaxy A50. 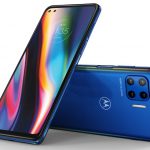