There have been talks of Xiaomi disassociating MIUI from Android. Of course, it can be argued that this is already partly the case, with Xiaomi delivering MIUI and Android OS updates separately.

In fact, most Xiaomi fans prefer MIUI updates to major Android OS updates due to the sheer number of changes and new features the former tag along compared to the latter.

To quickly refute these claims, though, Xiaomi came out to reveal that it has no such plans of ditching Android for now. For how longer, though, no one knows.

With developments like this, however, the wait for MIUI based on a non-Android platform might not take ages.

But until then, the best Xiaomi can do to spice things up is add new features to the current MIUI 12 while at the same time addressing existing bugs.

Through its official public beta program that is limited to the Chinese market, Xiaomi regularly adds new MIUI 12 features while also fixing some annoying bugs.

After verifying that the features in question are in perfect working condition, the company then spreads the love to the stable channel in China before making them available globally.

Today, a new MIUI 12 beta update is live in China and with it comes enhanced encryption for private files. As the name suggests, this is aimed at bettering the security around your private files.

The same update, which is rolling out as a nightly beta update version 20.10.26, also tags along bug fixes and performance optimizations. Below is a summary of the changelog:

It must be noted that there is no timeframe as to when the changes above will hit the stable channel, not even in China. We have also seen a bunch of other features grace the beta channel but still yet to go public.

That said, we only have to wait and see what Xiaomi has in store for us. But as usual, we will keep an eye on the developments and let you know when these features arrive.

Granted, do pass by our MIUI 12 update tracker to know when new features are released. You may also want to check out our Xiaomi Android 11 update tracker for the same reasons. 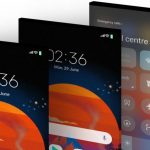 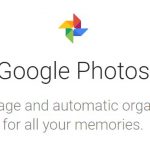