Modern smartphones offer so much functionality with each new iteration. This is augmented once you start looking at the countless custom Android skins we have today.

Xiaomi’s MIUI offers one of the most wholesome Android experiences you can get on a smartphone today.

This experience is further enhanced once you factor in the fact that Xiaomi also has its own stock apps for Messaging, Phone, and Contacts in some regions.

These apps are far more feature-rich compared to Google’s own stock apps, something that avid Xiaomi fans love so much.

The Xiaomi Messaging app in MIUI 12 is getting a new update. This build brings a few improvements and optimizations to the app.

One highlighting feature that’s coming in this new build with version 12.1.3.8 is the addition of Preview of Display Messages.

This is an animated silhouette of the Messaging app found in the app’s settings. It allows users to see a preview of what the toggle settings have on the look and feel of the Messages interface.

This will, at least in theory, help users to know exactly what they are changing in the messaging app’s interface as they’re tweaking things.

Some other features coming in this release are highlighted in the following changelog.

1. Added preview of displaying messages;
2. Improved stability and performance;
3. Optimized some problems with the application.‌‌

Important to note is that, this update is now available for users running the China ROM. It is reportedly working on the Mi 9T’s MIUI 12 Global ROM but that shouldn’t be taken to mean it works on all devices.

That said, if history is anything to go by, the feature should hit the global MIUI 12 ROM on all devices pretty soon.

With that, you might want to look forward to an update to your Xiaomi Messaging app soon. 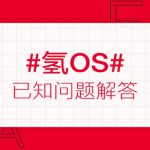 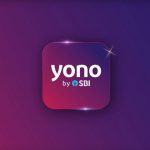