Xiaomi has released the MIUI 12 update for many eligible devices from its vast portfolio in beta and stable forms.

Further, it has also begun rolling out the stable Android 11 update for the Mi 10 and Mi 10 Pro as well as the Redmi K30 Pro/Poco F2 Pro.

Most recently, the Europeant variant of the Redmi Note 9S bagged the company’s latest skin over Android.

Of course, there are still a few phones that are yet to get the MIUI 12 goodness in certain regions but we do expect to see the update arrive for most of them by October-end.

That said, while the company is busy rolling out the MIUI 12 update for all devices, it is not yet done refining and fine-tuning the user experience that comes with the new skin.

Over the past few weeks, we have seen the company release updates to improve the Super Wallpapers, Control Center, Mi Browser and more.

Now, Xiaomi has released a new MIUI 12 beta update which fixes a couple of issues.

The update in question here is version 20.10.22 of the China beta ROM which is available to users who are part of the beta program.

According to the brief changelog provided for the update, it appears that the MIUI 12 beta version 20.10.22 has fixed the compatibility issues found on the Mi Music application on devices running Android 11.

Note: The MIUI system update page contains system-level APP updates. If there is no obvious system log, the system-level APP log will be updated. Thank you again for your understanding. (Source)

Given that the Android 11 update isn’t yet widely available on Xiaomi devices, we did not see any significant number of reports regarding the Mi Music app compatibility issue on Android 11.

But going forward, we do expect to see the application run on Android 11 devices without any major hiccups.

Apart from that, this new MIUI 12 beta update has also optimized the Super Wallpapers and has fixed a bug which resulted in the wallpapers being stuck under certain situations.

This information was shared via the official changelog provided by Xiaomi on the Mi Community for the MIUI 12 China Beta ROM 20.10.22.

For reference, we’ve added the complete changelog below:

Therefore, after installing this update, users can expect to see some improvements in the performance and stability of the MIUI 12 Super Wallpapers.

Of course, we do expect to see the same improvements being carried over to other devices in other regions as well via upcoming OTA updates.

That being said, you can track all the details regarding the MIUI 12 rollout for Xiaomi devices through our dedicated tracker.

And in case you are wondering why Xiaomi has not yet released the stable update to Android 11 for the Mi 10, Mi 10 Pro, and the Redmi K30 Pro aka Poco F2 Pro, you can head here.

Moreover, you can also check out our Android 11 update tracker for Xiaomi smartphones to know when the update goes live for your device. 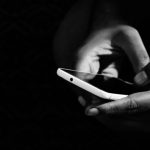 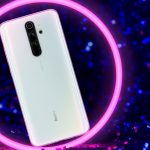