[Update: Live in Europe] Xiaomi Mi A3 is getting new Android 10-based update, what do you think about it?

The Xiaomi Mi A3 was released last year and it offered decent specifications but was blown out of the water by the competition. Matter of fact, it was one-upped by some of Xiaomi’s other offerings in the segment.

Adding fuel to the fire, Xiaomi has botched many updates for devices from the Mi A series. Take for example the Mi A1, which was an impressive device, but things took a wrong turn when it came to updates.

It currently runs on Android Pie which is the second and final major Android version update for it. But it was a struggle getting to this point. To help paint a clear picture of Xiaomi’s mess, you can check out all its shortcomings here.

Of course, the Mi A1 was not the only device that received bug-loaded updates. The same was the case for the Mi A2 and the Mi A3 both of which received the update to Android 10 early on in the year.

The latter of the two has also been receiving monthly security updates. However, these updates have ended up being more of a nuisance, as you may know already if you own the Mi A3.

This is because the past few security updates brought along bugs and issues that broke certain functions of the device. Soon after the rollout of Android 10, the company released a new update to fix the fingerprint scanner and other issues.

It then released the Android 10-based May security patch for the Mi A3 which resulted in many users reporting random rebooting issues. Fortunately, the June security update was clear of major bugs.

But a month later, the company had to pull back and warn users not to install the July security update on the Mi A3 due to major isses. Cut to now, Xiaomi has released a new Android-10 based update for the device.

A user has also shared a screenshot of the update on Twitter. We’ve added the image below for reference:

The update claims to improve the security and fix bugs on the device. However, early user reports suggest otherwise. In fact, some users are even going as far as to state that the update has introduced more bugs.

At present, we’re unsure whether the update fixes the bug which prevented users from installing the August security patch. Though a moderator had stated to wait for the September update so we’re assuming the issue has been resolved.

At the time of writing this, the update is only available to 25% of Mi A3 users with the Global variant as version 11.0.21.0.QFQMIXM. This step is taken to collect user feedback before pushing the update to a wider audience.

Although we aren’t sure what Xiaomi does with the feedback since the abundance of bugs and issues found on Xiaomi phones that are part of the Android One program is disappointing, right?

Given that Xiaomi does not have to add much which each update, one would expect the Mi A3 or any other Android One powered smartphone to be bug-free.

But with each security patch update and Android version update, Xiaomi continues to prove otherwise. This leads us to believe that it’s slowly trying to ditch the Android One program which is why we haven’t yet seen the Mi A4.

That said, feel free to share your thoughts via the comment section below regarding the new update for the Mi A3 or even the path Xiaomi has taken with its devices that are part of the Android One program.

The September security update has now begun rolling out for the Mi A3 in Europe. At present, it’s unclear whether users are experiencing similar issues after updating the device. Nonetheless, you can download it manually via the link below: 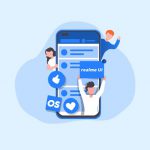