Xiaomi was one of the first few Android OEMs to release the Android 11 beta for their flagships. The Mi 10 and Mi 10 Pro bagged the beta update back in June. And since then, Xiaomi has also released the beta for the Redmi K30 Pro and the Mi CC9 Pro in China.

Matter of fact, the Redmi K30 Pro also received the second beta towards the tail end of June. But the company is yet to release the Android 11 beta outside of China for any of its smartphones.

However, new details now suggest that Xiaomi has begun recruiting Mi Pilot testers to try out Android 11 on the Global Stable Beta ROM. This means that enthusiasts can soon get a chance to experience Android 11 beta on their devices.

Of course, the trial applications are only open for users with certain handsets. Which in this case are the Poco F2 Pro, Xiaomi Mi 10, and Mi 10 Pro. Therefore, if you want to try out the beta for Android 11, head here.

Do note that there are chances that you may not be selected for the Mi Pilot program. Thus, registering for the beta does not automatically ensure that you will get a chance to try out the beta.

So head to the link above to get yourself registered as soon as possible, although registrations will continue until September 9. Once selected, you will be able to try out Android 11 before Xiaomi releases the update to the public.

IST: 04:53 pm: A user recently took to Mi Community Forum asking for the procedure on how to apply for Android 11 beta testing on Redmi Note 9. To this, a Mi Community mod has stated that after Google releases Android 11 officially, eligible devices may get beta testing based on MIUI soon after. See the details here.

As usual, we will continue to track the situation and will post an update once more details surface. In the meantime, stay tuned to our dedicated tracker for the Android 11 rollout on Xiaomi devices.

IST: 02:23 pm: As per a recent announcement on the Mi Community Forum, those who register for Android 11 beta will be required to provide the IMEI number of their device.

Fill your IMEI number is form. if you have already filled application then login again with the same google account and edit your form response and fill IMEI Number

The beta testing for Mi 10, Mi 10 Pro, and Poco F2 Pro is likely to begin soon, as the first list of users who applied for testing the Android 11 beta update has gone live (you can check it here).

IST: 11:47am: Xiaomi kick-started the recruitment for beta testers and interested users were asked to provide some details for a chance to take part in the beta. However, it seems that many individuals failed to provide the required details and the following information has now been posted on the official Mi Global Community Telegram channel:

Hello Guys
Many of Mi 10 users applied for Android R recruitment but only few provided IMEI Number. We request you to provide your IMEI Number on urgent basis till before 10 PM (Beijing time). Our team will also try to contact you for imei number. If you have already fill your IMEI Number in form or given to any beta team support member then you don’t need to give again.

Therefore, if you want to be part of the beta testing, we’d suggest providing all the necessary information before 10 PM (Beijing time).

IST: 01:13 pm: Xiaomi has finally released the Android 11 beta update for the Global variants of the and Mi 10 Pro. The update comes as version 12.1.2.0.RJAMIXM and it is rolling out to those who applied for the beta program. You can download it manually via the link below: 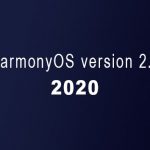