The Realme X2 Pro launched with Android 9 Pie and has since then picked up the update to Android 10 alongside Realme UI. The company’s custom skin resembles Stock Android more than the previous ColorOS skin. Although, it retains most of the features offered by ColorOS.

Moreover, the Realme has released the Android 9 Pie rollback package for the Realme X2 Pro as well. Thus, if users preferred the ColorOS experience, they can opt to downgrade to Android 9 Pie. That being said, the global units of the device are getting a new update.

Previously, we had reported that the Chinese variants of the Realme X2 Pro were picking up the August security update with new features and bug fixes as version RMX1931_11_C.28. Now it appears that the global units are also receiving the same update, albeit with some changes to the release notes.

This new software update is rolling out as version RMX1931EX_11_C.31 for the Realme X2 Pro and it brings the August 2020 security patch to the device. But that’s not all since there are a bunch of new features, optimizations, and fixes that are also part of the update. We’ve added the changelog below:

As you can see, the update does bring some new features such as the Smooth Scrolling option and Camera Text Scanner. Further, users now also have the option to use the Super Power Saving mode which sips on the battery for times where you don’t want to switch off the phone to save battery.

Further, the Low Brightness Flicker-Free mode has been shifted to the realme Lab section and is now aptly named DC dimming. Thus, do not fret in case you do not find the option within the display settings after installing the update.

Nonetheless, the Realme X2 Pro isn’t the only device that’s getting the August update from the company. Realme has also released it for the Realme X50 Pro and the X50 Pro Player Edition in China. This new update is rolling out as version A.22.

Here’s the changelog for the A.22 update for the two devices. It has been translated to English from Chinese:

– In the new status information, long press to copy the IMEI number function

– Added the ultimate cleanup function in the process management

– Added a button to return to the screenshot preview interface

– In the new drawer mode, long press the desktop icon to uninstall the APP function

Realme is also testing the beta update for Android 11 on the X50 Pro and X50 Pro Player Edition. Further, the Realme X2 Pro is also eligible for the upcoming Android 11 update. Thus, keep an eye out on our Android 11 update tracker for Realme phones to know more about the rollout.

The Realme X50 pro devices in India are also getting the August patch now with a slightly different changelog. Coming as version RMX2076PU_11.A.35, the update brings Super nighttime standby feature and more. Here’s the complete changelog: 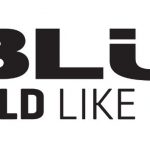