The Realme X2 Pro released with Android 9 Pie pre-installed and it bagged the Android 10 update a few months ago. The new Android version also brought along the company’s custom skin called Realme UI.

Early today, we reported that Realme released the August update for the Realme X2 Pro which brought along a host of new features for the device. That being said, system updates, at times, also bring some bugs or changes that most users don’t necessarily fancy.

In such situations, having the option to rollback to the previous Android version is very helpful for users. Speaking of which, Realme recently released the Android 9 Pie rollback package along with the tutorial for the Realme 3i and Realme 3 as well as the Realme X2 and Realme X.

And now Realme X2 Pro users can also rejoice since the Android 9 Pie rollback package and tutorial for the device have been released by the company. Prior to this, Realme had released the Flash Tool for the Realme X2 and X2 Pro which allows users to easily flash new updates on their devices.

Nevertheless, we’ll be sharing the tutorial along with the download link for the Android Pie rollback package for the Realme X2 Pro. Of course, there are a few risks involved with rolling back to the previous Android version on your device.

On that note, Realme has shared a few important details to keep in mind while preparing to roll back to Android 9 Pie. We’ve added the disclaimer from Realme below:

1. After roll back, ALL OF YOUR DATA WILL BE ERASED! Please make sure to backup before you Proceed.

2. Roll back operation may probabilistic have unforeseeable impacts on your phone.

3. Roll back operation will modify some of the system functions, and prevent you receiving the latest realme UI push.

4. If you want to experience the reame UI version(Based on Android 10) after roll back, you have to manually download the full realme UI version package from the official website to update.

5. This package is released and available for India users only.

Another thing worth noting is that you will only be able to roll back if you’re on version C.28. That being said, if you have understood the risks involved with rolling back to Android 9 Pie from Realme UI (Android 10), then let’s move on.

You can download the Android Pie rollback package for the Realme X2 Pro from the link below. You can either download it to your PC or directly on your phone, which we recommend since it will save you from an extra step.

After downloading it, you will have to transfer it to your phone’s storage. Although, if you’ve downloaded the file directly to your phone, you can skin that. Now, head to the downloaded OZIP file location via the File Manager app. Once you locate the file, which by default, should be in the Downloads folder if you downloaded it directly on your phone, tap on it. You should then see a pop-up asking you whether you want to update the system, tap on ‘Upgrade Now‘.

Wait for the process to finish by itself, which usually takes just a few minutes. Once your device reboots, you will be able to configure it the same way you did after switching it on the first time. Needless to say, none of your installed apps or personal files will be available.

Further, once you rollback, you will not be able to install the latest Android 10 update over the air. Instead, you will have to download the complete update package manually and then install it. So keep this in mind before switching back to Android Pie from Android 10 on your Realme X2 Pro. 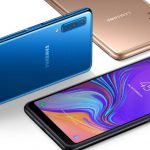 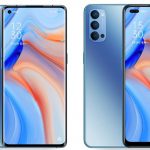