The Xiaomi Mi 8 SE was part of the first batch of devices that were scheduled to get MIUI 12 after Xiaomi first announced it in China. However, while most other phones from the first batch picked up the new skin, Mi 8 SE users were still left waiting.

In contrast, the standard Mi 8 picked up MIUI 12 back in July itself. Furthermore, Xiaomi also released the update for the Mi 8 Lite in August. So Mi 8 SE users have been waiting for their chance to come as well.

Fortunately, the wait might be finally over since it appears that Xiaomi has begun rolling out MIUI 12 for the Mi 8 SE in China. The new software is rolling out over the air as version 12.0.1.0.QEBCNXM and is based on Android 10.

As expected, it brings a host of new features and improvements to the device. Unfortunately, we do not have a changelog for the update to share at the moment. Like most airborne updates, this too is rolling out in batches.

Therefore, it may take anywhere between a few hours to a few days to arrive on your unit. But if you’re willing to risk it, you can download and install the ‘Recovery’ package manually to get MIUI 12 up and running on your Mi 8 SE right away.

That said, the Mi 8 SE isn’t the only Xiaomi phone that’s getting the company’s latest skin. It seems that Mi 10 Lite users can also rejoice since MIUI 12 is now rolling out on the Global variants of the device.

Like the Mi 8 SE, this too is an over-the-air update and is rolling out with software version 12.0.1.0.QJIMIXM. FYI, the European Mi 10 Lite 5G units landed the update back in July. You can manually download the new firmware from the link below:

In case you want to know what all new changes and improvements come with MIUI 12 for the Global Mi 10 Lite, we’ve listed the changelog below:

It’s worth noting that while installing the update, you may run into few issues. Therefore, we’ve listed most of the common error messages and their workarounds to make things easier while installing MIUI 12 on any Xiaomi phone.

The company is yet to release its latest skin on several other devices as well as in other regions. Thus, stay tuned to our dedicated tracker for the MIUI 12 rollout on eligible Xiaomi phones. 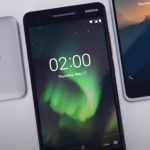