Android 10 came out last year and many OEMs are still providing the OS update to their devices. While Samsung and Oppo have updated most of their devices to Android 10, there are several carrier-locked devices that are yet to receive it.

Now, Vodafone Australia has updated its Software Update list with some new information about its Oppo R15 Pro, Galaxy Tab A 10.1, and Tab S5e. As per the updated list, the Android 10-based One UI 2 update is expected to roll out soon to the Galaxy Tab A 10.1 and Tab S5e.

However, the Vodafone Australia Oppo R15 Pro Android 10 update is scheduled for testing. This means that the stable Android 10-based ColorOS 7 update is a bit distant for the device.

It must be noted that the Samsung Galaxy Tab A 10.1 and Galaxy Tab S5e variants received the Android 10-based One UI 2.1 update. This means that the Vodafone Australia variants of both devices may get the same One UI version on top of Android 10.

While not much information is shared on the official Vodafone Australia software update page, one thing which is clear is that both Samsung devices in question will get the stable Android 10 update soon. However, the same cannot be said for the carrier-locked Oppo R15 Pro.

That said, we’ll keep tracking this story for any developments and will provide an update once more information becomes available. Meanwhile, you can go through our Samsung and Oppo Android 10 update trackers if your Samsung or Oppo device is yet to receive the OS update.

Also, be sure to check out the list of Vodafone Australia devices that we think will receive the upcoming Android 11 update as Google is already gearing up for the release of its latest OS. 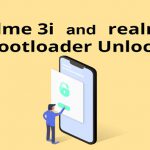