Oppo has been rolling out the Andoroid 10-based ColorOS 7/7.1 update to its eligible devices. Also, the OEM has been testing its Android 10 (ColorOS 7) update for some time while actively communicating its update rollout plans.

So far, Oppo has held on to its word and devices that were promised the latest stable update have already received it on time. Back in June, we reported that Oppo had started the beta/trial update recruitment for the R15 Pro.

The Chinese variant which is known as Oppo R15 Dream Mirror Edition received the stable update recently. The OEM announced that the Global variant will get the latest OS update on July 28. Now, Oppo is rolling out the Android 10-based ColorOS 7 stable update to the R15 Pro as promised.

Oppo made the announcement on the ColorOS community and also provided a detailed changelog for the R15 Pro Android 10 (ColorOS 7) stable update. Let’s take a look at the changelog provided by the OEM.

Your system will be upgraded to Official version of ColorOS 7 and Android 10.
Borderless visuals bring a lighter feel and a smoother experience.

This update is now rolling out to Oppo R15 Pro via OTA. However, Oppo has set a quota of 10K users in India, Thailand, and Malaysia. This means that not all Oppo R15 Pro users will get the ColorOS 7 (Android 10) update right away. 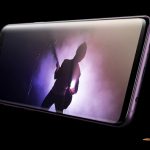