As we mentioned in an earlier report, multiple devices from Asus have been affected by a bug which prevents them from unlocking the bootloader of the device. Of course, this may not pose an issue for the average user.

However, individuals who are looking to install a custom ROM, test beta software, or do anything that requires an unlocked bootloader are the ones who are affected by the unknown error issue on Asus phones.

According to our previous report, we had expected the fix for the issue to be released next week for some of the affected devices. But it now seems as though the issue has been fixed already for a few phones.

A moderator on the Asus ZenTalk forum responded to a user by stating that the bootloader unlock tool for the Asus ZenFone 5 (ZE620KL) running on Android 9 Pie has been fixed.

Well, this is also backed up by the fact that a new APK is now available via the official download center. Thus, Asus ZenFone 5 users will finally be able to unlock the bootloader of their device without facing the previous issue.

But the good news does not end there. It appears that the new bootloader unlock tool is also been released for a couple of other phones from Asus. This includes the Asus ZenFone 5Z, Asus ZenFone 6, and ROG Phone 3.

So at the moment, the new bootloader unlock tool for Asus phones is available on 4 smartphones. Of course, we do expect to see it arrive for other devices from the company soon. Nevertheless, if you’re ready to get to unlocking the bootloader, you can download the APK files from below.

Make sure to download the correct file for your device:

While the fixes for the bootloader unlock tool seem to have come faster than expected, Asus is yet to release the Android 10 update for several phones. Devices such as the ZenFone 5, ZenFone Max Pro M1, and Max Pro M2 are still on the Android 10 beta. 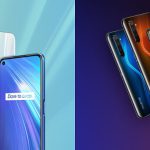