Asus released the ROG Phone 2 back in 2019 with Android 9 Pie out-of-the-box. The device offers benchmark specs like the Snapdragon 855+ SoC and a 6.59 inch AMOLED display with a refresh rate of 120Hz. The ROG Phone 2 also received the Android 10 update back in March.

The OEM is known for its game ready hardware and Asus smartphones like the ROG Phone II, ZenFone 5Z, and ZenFone 6 are also designed to support heavy gaming and multimedia. Moreover, unlocking such devices opens many avenues for general users as well as developers.

Unlocking the bootloader not only gives way to rooting and custom ROMs, it also enables developers to test the beta software. Users can also unlock their devices to downgrade to a more stable software. Unlocking a device basically provides endless possibilities.

Asus phones are unlocked through an unlock tool provided by the OEM. However, users of the ROG Phone 2, ZenFone 5Z, and ZenFone 6 are unable to use this tool due to an unknown error.

I’ve tried to unlock my device with official tool download from asus website. I was getting “unknown error”. I’ve tried both versions of unlock tool, but they end with same error

Also, I’ve tried to downgrade to android 9 as well. Yet same error
Source

An Asus ZenTalk admin has mentioned that the issue was submitted to their team and they have discovered the root cause of the error. They also stated that a new unlock tool will be released with the unknown error fix once it is ready. Here’s the comment from the ZenTalk admin:

Hello we have discovered the root cause and will release new unlock tool when it is ready. Thanks for your help.
Source It must be noted that the new unlock tool will also bring the fix for Asus ZenFone 5Z and Asus ZenFone 6 along with the ROG Phone 2. However, it seems that users will have to wait till next week to grab the new tool.

Meanwhile, we will keep track of any developments related to the topic so stay tuned to PiunikaWeb.com.

Asus has now released new bootloader unlock tools for the ZenFone 5, ZenFone 5Z, and the ROG Phone 3. These new tools come with bug fixes that were previously causing an unknown error to pop-up while trying to unlock the bootloader. See the full story here.

After a bit of a wait, Asus has finally released the new bootloader unlock tools for the ZenFone Live L1, Live L2, Max Pro M1, Max Pro M2, Max M1, Max M2, ROG Phone 2, ZenFone 6, and the ZenFone 4. These new tools come with the fix for the ‘unknown error’ issue that was initially reported. Check out the full story here.

Note: You can check out our Asus section for more such stories. 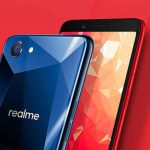 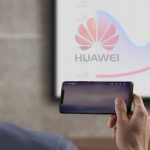