MIUI 12 continues to roll out to more and more devices, much to the delight of Xiaomi and Redmi device users. We have a dedicated MIUI 12 tracker to help keep tabs on this rollout to various Xiaomi devices in their respective regions.

Recently, we saw MIUI 12 roll out to the Xiaomi Mi 9T. This update was reported by users of the European, Russian and the Global variants of this device.

However, a few days after the rollout, we saw the update get pulled in many regions. The company cited some minor issues that it said were being checked by the team as the reason for halting the update.

Today, the global variant of the Mi 9T is getting a new beta stable build of MIUI 12. with V12.0.3.0 QFJMIXM . With this new build, the issues that caused the initial rollout to be halted have presumably been addressed.

This update comes without a changelog but from the software version, it should hopefully fix any issues with build V12.0.2.0.QFJMIXM or V12.0.1.0.QFJMIXM.

The Mi 9T is also sold in India as the Redmi K20 and that too is getting a new update based on MIUI 12. The Redmi K20 got updated to MIUI 12 sometime in mid-July with software version number V12.0.2.0.QFJINXM.

Today, Xiaomi is rolling out an updated version of MIUI 12 that packs among other tweaks, the July 2020 security patch. If you’d like to install this build on your Redmi K20, below is the download link.

We shall continue to keep an eye on the roll-out of MIUI 12 to more Xiaomi devices and update our tracker immediately we get the reports so check that out for the very latest.

We’ve now got a hold of the changelog for the re-released MIUI 12 update based on Android 10 for the Mi 9T. Here’s the complete changelog:

Privacy protection
New: Use secure sharing to control what additional data is sent along with shared items.
New: MIUI 12 is the first Android-based mobile OS that went through the rigorous enhanced privacy protection testing.

Control center
New: Animated icons are a joy to look at!
New: Swipe down from the upper right corner of your screen to open Control center.

Casting
New: You can hide private items while casting and minimize the window to multitask.

Weather
New: New animations bring the weather from outside directly to your screen.

As you can see, there are a ton of new features and improvements that have been brought to the device with the update. In case you wish to manually install the Global stable MIUI 12 update on your Mi 9T, you can download the update package via the link below: 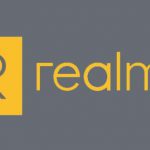 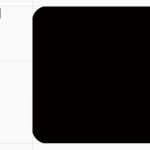