The first Android 11 beta was released a month ago and was available for all Google Pixel phones except the Pixel and Pixel XL which released back in 2016. Since then, Google has also released the beta 2.5 version as well.

But Google’s not the only vendor that has released the Android 11 beta update for its devices. OnePlus was one of the first non-Google companies to announce and release the Android 11 developer preview program for the OnePlus 8 series.

Not much later, companies such as Xiaomi and Realme also followed suit and released the beta for their flagships. In fact, towards the beginning of July, Android 11 was already available on 13 devices from 7 vendors. Following the lead of major brands, even Tecno Mobile kick-started a beta program for the Tecno Pouvoir 4.

This is the first time we’re seeing multiple OEMs release a beta program for an upcoming Android version alongside Google. Thus, there’s no doubt that Google and participating vendors are doing a good job to speed up the update process.

Nevertheless, Bell offers a bunch of devices that may be eligible for the Android 11 update. So if you’ve been wondering which phones from Bell will get the Android 11 goodness, we’ll be answering just that.

It’s become fairly easy to predict which phones may receive an upcoming OS update and which won’t. This is because most major Android OEMs release at least two OS updates for their devices, with the exception of Google and OnePlus who offer three.

Thus, taking into account past trends and OEM update cycles, we’ve curated a list of Android 11 eligible devices offered by Bell. Here’s a list of them:

Unfortunately, it’s too early to provide an ETA for the stable Android 11 rollout for any of the devices. Once the vendors begin releasing the update, users with eligible Bell-branded phones can expect to receive it within a month, possibly more.

To know more about the rollout, you can check out our Android 11 update trackers for OEMs such as Xiaomi, Vivo, Huawei/Honor, OnePlus and Realme. Further, we’ve also listed Android 11 eligible devices from carriers such as Fido, T-Mobile, Sprint, Verizon, AT&T, Rogers, and TELUS. 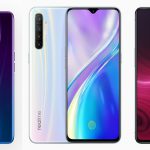