The Redmi Note 7 Pro was one of the most popular budget to mid-range phones to be released in 2019. It came with the Snapdragon 675 SoC coupled with either 4GB or 6GB RAM. And thanks to Xiaomi’s aggressive pricing, the phone was easy to recommend.

On the software front, it released with Android 9 Pie along with the company’s custom skin MIUI 10.2. Since then, the device has bagged the Android 10 update in China and on the global units. These updates were based on MIUI 11 itself.

Speaking of which, the Note 7 Pro is still in line to receive the MIUI 12 update or Android 10 in India. Earlier, we reported that MIUI 12 is being tested by Mi Pilot testers for the phone. But there are still no signs of the stable version.

Moreover, a new update is now rolling out for the device in India. Unfortunately, it comes without the highly-awaited MIUI 12 skin or Android 10 update for the Note 7 Pro. Instead, it brings the June 2020 security patch. The update version is V11.0.10.0.PFHINXM which has been bumped up from V11.0.9.0.PFHINXM. 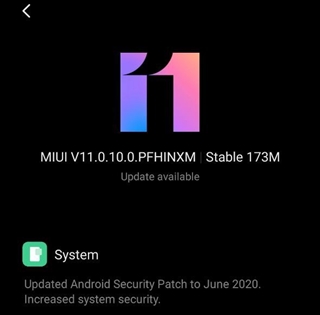 The update is being rolled out to units in India via an OTA package with a download size of 173MB. However, if you aren’t willing to wait or simply want a fresh install, we’ve got you covered. You can download the update package from below and manually install it on the device.

One thing worth mentioning is that you will have to create a backup of the files on your device to avoid loss of data. Therefore, once you’ve got your files secured, you can go ahead and manually install the update.

That being said, it appears that Redmi Note 7 Pro users will have to wait a while more for the MIUI 12 update. While there’s no official ETA for MIUI 12 or Android 10 on the device, we do expect it to arrive soon.

You can check out our Xiaomi MIUI 12 update tracker to know when it arrives for the Note 7 Pro and other phones from the company. Further, Xiaomi has also begun testing MIUI 12.1 in China. More on that here. 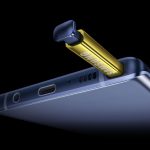 Sprint Samsung Galaxy Note 9 security screen lock bug after One UI 2.1 update will be fixed with the next update