Vivo is currently rolling out the Android 10 update to several eligible devices from its portfolio. Vivo’s Android 10 update also brings along the company’s Funtoch OS 10 skin. While it offers some useful features, most tech enthusiasts agree that it isn’t close to some other custom skins in terms of looks and functions.

Nonetheless, the company is constantly trying to improve the UX with each Android update. Earlier we reported that a few phones from Vivo will be receiving the update in June and July. From those, the latest device to receive the Android 10 update is the Vivo Z1 Pro.

Furthermore, the Vivo S1 Pro has also picked up the beta version for Funtouch OS 10. Now, a new video from HS Tech News suggests that the Vivo Y17 has also begun receiving the Android 10 OS. But it’s not yet clear whether the update is part of a beta rollout or a stable one.

A Twitter user shared a screenshot of what appears to be a conversation between him and the Vivo support team. From the conversation, it seems as though the Vivo Y17 was to receive the stable Android 10 update directly with no grayscale (soak test), or beta rollout first.

The update for the Vivo Y17 is currently live in Indonesia and if it is the stable update, users in the region should begin receiving the OTA update notification. It comes as the 1.62.0 software version with a download size of around 2.15GB.

As usual, we will continue to track the situation and will post an update when there is more clarity on the rollout. Stay tuned to PiunikaWeb for more breaking news on similar topics.

It’s been over two months since the first signs of Android 10 for the Vivo Y17 surfaced online. However, many users (1, 2, 3, 4, 5, 6) are still reporting that they have not received the update thus leading us to believe that Vivo did not roll out the stable update for the device.

Making matters more complicated, Vivo India responded to a user’s query regarding the Android 10 update for the Vivo Y17 by stating that Vivo has not planned to update the device yet. Here’s the entire response:

Thank you for contacting vivo online support. vivo Y17 handset is much stable with the current Android version, for now, hence we have not planned to update it yet. However, to ensure your best experience, we will keep updating the Funtouch OS version as always. 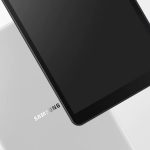 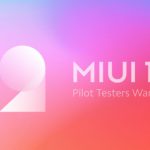