Original story (published on May 27) follows:

Vivo announced back in February 2020 that coronavirus outbreak was the reason development of Funtouch OS 10 update had delayed to begin.

The Chinese company wasn’t the only smartphone vendor whose software update plans were jeopardized by the pandemic. As a result, several Vivo smartphones haven’t seen the stable version of the Android 10-based firmware to date.

So far, the update is available for the Vivo V17 and V17 Pro in stable form, with a huge chunk of the remaining eligible Vivo phones still testing the beta version, among them Vivo Z5X, Vivo X30 Pro, Vivo S5, Vivo NEX series, Vivo S1, and now the Vivo S1 Pro.

The Vivo S1 and Vivo S1 Pro Android 10 beta updates were expected in late June. But the company surprised S1 owners with an early rollout not long ago and now it’s time for the latter to join the party. For now, though, the update is limited to the Chinese market.

The airborne update is rolling out as software version 6.10.0 and weighs in at a huge 3.68GB, so be sure that you have a stable Wi-Fi connection to download and install the new OS.

Since the incoming Vivo S1 Pro Android 10 update is still beta software, it isn’t suitable for use as a daily driver. Unless you have another phone, installing this software on your main phone isn’t recommended.

The stable update to Android 10 for the Vivo S1 Pro is now live. Head here for more details.

If interested in what Vivo is cooking with respect to the upcoming Android 11 (Funtouch OS 11) update, you can check out our coverage here.

The update to Android 10 for the Vivo S1 Pro in India is under greyscale testing.

Thank you for writing to us. We would like to inform you that Android/Funtouch OS 10 released for Vivo S1Pro, which is under the greyscale test. Kindly wait for some time you will get the notification automatically in your handset for the same.

More than a month’s time has passed since we first reported that the Vivo S1 Pro Android 10 update is under greyscale testing, but the stable update is yet to arrive. Further, Vivo has not been able to provide users with an ETA for the release of the stable update. For more details, head here. 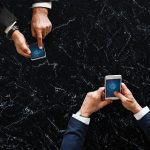 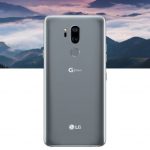