Good news for Vivo X30 Pro owners, as the OEM is now pushing the Android 10 based Funtouch OS 10 beta update for the units. The update is currently live for the Vivo X30 Pro users in China.

Though Vivo was pretty late to join the Android 10 update rollout bandwagon, it is surely making some progress and is trying to make the Android 10 (Funtouch OS 10) update available for its users.

The Android 10 update for the Vivo X30 was put on the back burner for a while, and it was delayed due to the lack of support for Samsung Drivers. Later, right at the beginning of this month, the beta recruitment for the Android 10 update kick-started for the device in China. Fast forward to now, the beta Funtouch OS 10 (Android 10) update is now live for the beta users of the Vivo X30 Pro. Notably, a user posted the screenshot of the update notification on Weibo (the Chinese equivalent of Twitter).

As per the information, the Android 10 (Funtouch OS 10) update for the Vivo X30 Pro arrives with version number PD1938B_A_1.17.15 and it weighs in a massive 3.59 GB. So, we would advise the users to download this update on a stable WiFi connection.

Here is what the complete changelog reads (translated from Chinese):

Update Log:
– The new version, but you have come to a more stable system, looking forward to your upgrade!

– The system version is upgraded to Funtouch 0OS 10 & Android 10, the bottom level is upgraded Level, to further improve system performance and stability
– Optimize permission management and control capabilities
– Limits, enhance the protection of the use of corpse privacy data

[JOVl]
– Added desktop card management function
– Added Jovi voice chat mode
– New game recommendation function
– Homepage layout and information display method
– Optimize the details of the public WLAN function for human experience, and the information presentation is more accurate
– Make it simple, only the main layout of the scene is supported, and support the customization of the bell screen card

Note that some of the above texts might sound gibberish as they have translated from Chinese to English using the Google Translator.

Talking about the devices that are slated to get the Android 10 update in June includes Vivo S1, Vivo Z1x, and Z1 Pro. Whereas, the Vivo V15, Vivo V15 Pro and the Vivo Y-series will be updated in July.

It appears that Vivo has begun releasing the stable Android 10 update alongside Funtouch OS 10 for the Vivo X30 Pro in China. This information was taken from a screenshot shared by a user on Weibo in China. Thus, it is still unclear whether the update is indeed a stable build or is it part of the beta. See the full story here. 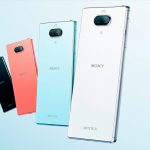