Finally, the wait is over for Vivo S1 Pro users, because Chinese OEM Vivo has now made the Android 10 (FuntouchOS 10) stable update live for the masses. As expected, it is currently available for users in China, but soon will be pushed for other markets in coming days.

Vivo S1 Pro joined the Android 10 beta program a month ago, and it was about time for the handset to pick up the stable Android 10 update.

Well, talking about this Vivo S1 Pro Android 10 stable update, it arrives with version number PD1832_E_6.12.2 and is confirmed by the technical support team that it is the official version for Vivo S1 Pro.

Version 6.12.2 of the S1pro model is the official version, please rest assured to use.

It is a no brainer, that this update brings in all the Android 10 core features like dark mode, Digital Wellbeing, Live Caption, new gestures, new animations, new icons, Smart Reply, enhanced privacy, Parental controls, etc. along with features of FuntouchOS 10 as well.

Not only Vivo S1 Pro, but the standard Vivo S1 is now grabbing the Android 10 (FuntouchOS 10) beta update in China as well. Just a reminder that Vivo S1 underwent the Android 10 beta program almost two weeks ago and was expecting to be served with the beta update by the end of June.

Vivo seems to have stuck true to its words and is now pushing Vivo S1 Android 10 (FuntouchOS 10) beta update for users. It arrives with version number v6.9.17 and weighs in around 3.45 GB in size.

Now, since Vivo S1 Pro is getting Android 10 stable update and soon will also be live for Vivo S1, users might surely think whether their phones are eligible for Android 11 update or not.

If we go by our dedicated Vivo Android 11 list of eligible devices, the chances of getting Android 11 on both Vivo S1 and S1 Pro looks thin, as Vivo has a limited set of devices that have received two major OS updates.

However, we should not rule out the duo from receiving Android 11 until and unless Vivo neglects these two devices officially. We will keep you posted if anything related to this comes across our table.

The update to Funtouch OS 10 based on Android 10 for the Vivo S1 has been released under Greyscale testing. Head here for more coverage.

IST 06:39 pm: According to Vivo India on Twitter, the company has already released the stable Android 10 update for the Vivo S1 Pro in the country. However, there aren’t many user reports confirming the rollout. For more details, head here. 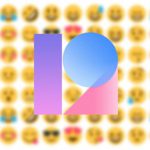 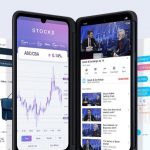