Compared to other players in the Android smartphone market today, OPPO has been a laggard in terms of rolling out Android 10 to its devices. Some would even argue that OPPO might be the reason Android 10’s market share remains relatively low.

However, the company is trying to roll out the understandably, eagerly awaited builds of ColorOS 7 to its list of eligible devices. A group of OPPO device users with the OPPO R15x and OPPO K1 devices might have something to look forward to.

See, the OPPO K1 was launched way back in October 2018 as a rather solid mid-range option with a Snapdragon 660 chip, a 3,600mAh battery, and running Android 8.1 Oreo. The device has since been updated to Android 9 Pie and is set to receive a final major update to ColorOS 7 based on Android 10. More on that here.

The OPPO R15x followed in November of the same year and is, essentially, the exact same device as the OPPO K1. The R15x rocks close to identical specifications with the K1, except that it features more storage.

Today, OPPO has confirmed that it plans to commence the recruitment for Beta testers for ColorOS 7 based on Android 10 for both the OPPO R15x and the OPPO K1. It appears that users of these two devices are finally about to get some action, at least for those in China.

Also worth noting is that neither the OPPO K1 nor R15x appeared in OPPO’s roadmap to Android 10 for the second quarter of 2020. As such, the update might not roll out to the devices this month. With some luck, these two devices should get updated in the third quarter.

The recruitment for the beta update to ColorOS 7 for the R15x and K1 has begun. Head here for more details.

Information from a recently-shared ColorOS 7 August Open Upgrade Plan suggests that the Oppo R15x and the Oppo K1 will get the stable Android 10-based ColorOS 7 update in August. See the full story here.

The stable Android 10 (ColorOS 7) update for the Oppo K1 and the Oppo R15x has begun rolling out to users via an OTA update. This new update comes with the software version F.11 for both the devices. See the full story here.

NOTE: We have these and many more OPPO stories in our dedicated OPPO section. 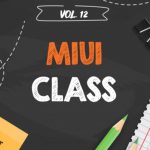 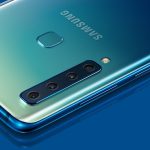