Android 10 is more than 6 months old now, and as of now, majority of the smartphone OEMs are halfway or more than halfway through the Android 10 rollout process.

We are also seeing the early builds of Android 11 being released by Google, which will eventually launch the Android 11 OS for the OEMs in September, only if the COVID-19 pandemic allows Google to do so.

With that being said, there are some phone-makers like Oppo, that are still in the active development phase of Android 10 builds for some of their eligible devices that have not been updated yet. Importantly, it came with Android 8.1 Oreo out of the box and is waiting for its last major Android OS upgrade in the form of Android 10, which is nowhere to be seen at the moment.

Matter of fact, if we look at Oppo’s Android 10 update roadmap for Q2 2020, the Oppo K1 was not included. And annoyingly, the Chinese OEM has been stating that the update will be coming soon, since the advent of April 2020.

And this has not changed, because recently, when one Oppo K1 user raised a query regarding the Android 10 update status for the device. The official Twitter handle of Oppo Customer Care replied that the team is working on developing the update and it will be released soon.

our development team constantly works on the updates to bring a better user experience for all our customers. The new ColorOS 7 update for OPPO K1 will be released soon. And considering the fact that the Oppo K1 was not included in the Android 10 roadmap of Q2 2020 by Oppo, it means that the company has no plans of updating this device to Android 10 in Q2 of 2020.

Meaning, we can expect the device to get updated to the latest Android 10 OS by Q3 of 2020. However, it remains to be seen if something official regarding this comes from Oppo itself. And for that, we would advise you to stay tuned to PiunikaWeb.

The beta update to Android 10 for the Oppo K1 is expected to be released on June 29. Head here for more details.

The recruitment for the beta update to ColorOS 7 for the R15x and K1 has begun. Head here for more details. 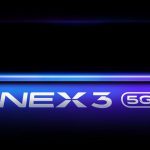