Google Chrome is hardly short of strange bugs from time to time. Over the past month or so, we’ve documented several stories related to various Chrome bugs.

Talk of the Chrome freezing issue that was reported by Asus to Google, Aw Snap! STATUS_INVALID_IMAGE_HASH crashes, Facebook Live not working on Chrome, Roblox issues, just to name but a few.

Google is always looking to fix these issues where it’s directly involved. In the event that other players are responsible, like the Facebook Live issue, the company is also quick to point that out.

Apparently, this is also the case for those experiencing graphics issues on the Google Chrome macOS Catalina version. This is after the update to macOS 10.15.4, where users are seeing horizontal blue lines on the screen.

I have a MacBook Pro 16″ running MacOS Catalina 10.15.4 (19E266) and this is what occasionally happens to me. Sometimes, seemingly after the laptop wakes up from sleep, all Chromium applications (Chrome, Electron, …) start having this ugly blue noise – surprisingly at the same time (not just one). On the other hand it does not seem to be WebKit in general, since Safari is not affected by that. Is it a known issue? Closing and reopening the Chrome does not help. I need to restart the computer.
Source

As you can see from the image below I have blue horizontal lines appearing within my Chrome application window (2019 Macbook Pro 16). The application is the latest build of Chrome Version 80.0.3987.163 (Official Build) (64-bit). It has happened 3 times now – each time appear to be after the laptop has been left running overnight. Not it is not the full display affected only the application window. I’ve also only seen this in the chrome browser (I’ve also posted this to the Chrome support site) it sometimes goes away simply by killing Chrome but this time required a reboot. Anyone seen this before – got any ideas??
Source

Besides Google Chrome support forums, affected MacBook Pro owners have also flooded Apple forums to air their frustrations for something that has been ongoing for months now.

Someone says turning off GPU Hardware Acceleration within the Chrome settings could help address the issue since the MacBook Pro 16-inch model is known to have GPU issues. While this may offer a temporary fix, Google says the permanent fix lies with Apple.

What’s good is that as of this writing, Cupertino is aware of this issue and is working to resolve it. The information comes from Chromium issue tracker where the matter has been submitted. Here’s what someone from the Chromium team said while disclosing the information:

Everyone, Apple has communicated to us that they’re reproduced this problem in-house and are working on it. Please be patient for more updates.

And the same has also been highlighted by a Google Chrome product forums expert.

Looks like this is something that Apple is aware of and are working on. You can go to crbug.com/1068170 and star this issue to be kept up to date.
Source

Considering that Apple is working on the matter, it should soon be resolved. Rest assured, we’ll be keeping a close watch and will keep you posted about the developments on the matter.

In what appears to be a blame game, Apple told Forbes that it’s not aware of such an issue on Chrome for macOS and that the company does “not have anything to contribute” on the matter, essentially sending the ball back into Google’s court.

Google says the Chrome rendering issue squarely lies with Apple but the latter says it has nothing to do with it, so who’s to blame? Maybe third-party graphics card drivers? At this point, your guess is as good as ours.

Considering how popular Chrome browser is, we expect both parties to actively work towards establishing the root cause alongside a permanent solution. Meanwhile, it’s about time you found out what other browsers like Safari and Firefox have to offer. 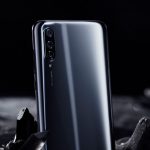