Facebook remains one of the biggest Social media platforms we have today. Google’s Chrome browser, on the other hand, has the largest market share when it comes to web browsers.

It is, therefore, no doubt that millions of people across the globe rely on Google Chrome to use their Facebook accounts. A good number of these users who use the Facebook Live feature have, in recent times, been facing issues.

According to countless reports on forums and support pages, Facebook Live is not able to lock on the microphone and camera of the host device when using Google Chrome. This has been a long-running issue and you can read more on that here.

We have seen users go through the basic troubleshooting procedure to little success. There has also been a suggested workaround that has apparently worked for a section of affected users and you can check that out here.

Up until now, we did not have a proper solution to this bug, or an official communication from either Facebook or Google. But now Google Chrome team is breaking the silence on this issue.

In a post on Chromium’s Bug page, a Project Member says that this issue appears to be on Facebook’s end but the team is closely monitoring the problem to find out whether there could be an issue with Chrome.

At the moment, we don’t believe that this is a Chrome-related issue, but since it is primarily affecting Chrome, we wanted to flag and see if any server-side changes on our end could be a factor.

gTech will continue to monitor and update once we see reports return to baseline.

Now, it is up to Facebook to come out and offer a solution to this issue whose magnitude seems to be growing by the day as more and more users who previously did not have such an issue, begin to face this, and jump ship to other browsers. 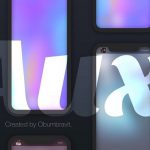