Original story (published on May 6) follows:

Samsung has been rolling out One UI 2.1, its updated version of its skin on top of Android 10, to a number of its more recent flagships. To recall, this version of One UI 2.1 came out with Galaxy S20 devices, and its been recently ported to the Galaxy S9.

There was a little back and forth and uncertainty surrounding the eligibility of the 2018 flagship devices from Samsung, the Galaxy Note 9, and S9 devices with regards to One UI 2.1 but that has since been sorted out.

Now we know that the Galaxy Note 9 and the S9 devices will get updated to One UI 2.1. We have already seen reports that the Note 9 build of this upcoming software is in development and should roll out soon.

The tentative release date for the update for the Galaxy Note 9 is slated for sometime in June according to reports. It turns out that the same update to the Galaxy S9 shouldn’t be that far behind this one.

On Samsung’s Forums, one Moderator just confirmed that the Samsung Galaxy S9 might also get the much-awaited One UI 2.1 update sometime in June.

It appears that these updates should be coming to Korea in June, and later to the other regions. While this is not a definitive date, it is something for Galaxy S9 users to look forward to.

Samsung has been absolutely crushing it lately in terms of rolling out updates. Many Samsung devices are ahead of the curve when it comes to receiving both feature updates and regular and timely security patch updates.

This is a tremendous improvement from the company seeing as only a few years ago, this company represented everything that was wrong with Android software, both in refinement and getting updated.

The One UI 2.1 update for the Galaxy S9 has entered the testing phase. Head here for more coverage.

Samsung is rolling out One UI 2.1 update to the Galaxy S9 and S9+ in Korea. The full story is here. 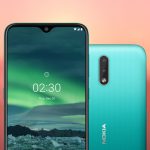 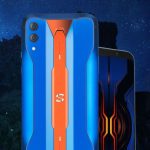