Samsung has been busy with the rollout of, not only Android 10 (One UI 2.0) updates for all its devices that are eligible, but the brand is also pretty consistent with the push of the slightly enhanced version of its custom UI, One UI 2.1.

Samsung seems to have improved quite a lot in the update department, as older devices are also getting the latest updates, quickly and speedily. Take Galaxy Note 9 for example.

The Galaxy Note 9 came with Android Oreo out of the box and till now, has received two firmware updates in the form of Android 9 Pie and the latest Android 10. During the process, the devices also picked up Samsung’s custom UI, One UI 1.0, and One UI 2.0.

Ideally, as per the default update cycle, the Galaxy Note 9 should have been done and dusted with the firmware updates and should be only receiving the security updates. However, that was not the case.

We have earlier reported that the Korean OEM is keen on upgrading the Galaxy Note 9 to One UI 2.1, and has put the update under the testing phase. Some other reports, specifically by Samsung Germany, confirmed that indeed the OEM is bringing the latest One UI 2.1 update based on Android 10 to the Galaxy Note 9.

And some rooted Galaxy Note 9 (Exynos) user, was able to flash the unofficial One UI 2.1 on their unit, and also brought to light that most of the Galaxy S20 features are accessible in the Galaxy Note 9 as well.

This peaked the excitement of the users and they were eagerly waiting for an exact date or a timeline on when they can expect the One UI 2.1 update to be arriving on their Note 9 units.

Well, it seems like the wait is finally going to get over soon, because, going by the screenshot shared by one of the Redditors of what looks like a statement by one of the Samsung Korean Moderators, the One UI 2.1 is scheduled to arrive in June 2020.

Here is what the image above, reads (translated from Korean):

The Galaxy Note 9 One UI 2.1 update is expected to be released in June. Although, we are doing our best, we are planning to applu One UI 2.1 to Galaxy Note 9. Because it is a situation that requires physical time. Members and many other as you said, if you wait a little, we will try to prepare and deliver it as soon as possible.

Excuse us for some gibberish text above, as we are not a specialist in the Korean language. But, what is pretty clear is that the One UI 2.1 update is surely going to arrive on the Samsung Galaxy Note 9 units, though first in the Korean region and then, eventually for the global units.

We will keep you posted if any further developments and information come across our table in this regard. 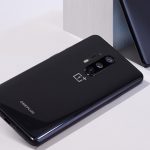