OPPO spent months testing the ColorOS 7 beta update on multiple models and recently started rolling out the stable version based on Android 10.

The Chinese company had also promised to make the ColorOS 7 beta update available for the OPPO F9 models in April. But it later emerged that the coronavirus situation may cause delays.

Still, with the month running down pretty fast yet the OS is nowhere, fans are wondering when the F9 Android 10 update will arrive. And someone has been at hand to get back to concerned voices with a promising response.

In a pair of replies, a moderator in the ColorOS community forum has assured owners of the OPPO F9 models that a ColorOS 7 beta update is still in line to arrive this month. If things don’t turn out as planned, expect the package to arrive in early May.

Soon, we will come up with announcement of ColorOS 7 Update regarding for the f9 models.
Source

As you can see, the availability of the OPPO F9 Android 10 update is still subject to confirmation from their end. But we hope all turns out well and the update arrives as planned. Do keep in mind that this is the beta version in question and not the stable version.

Meanwhile, feel free to check out if your OPPO F9 or any other OPPO device is eligible for the upcoming ColorOS 8 update based on Android 11 OS here. 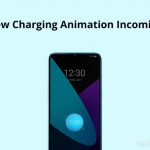 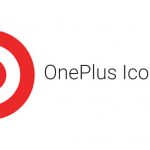 OnePlus Icon Pack update no longer supported, will soon be taken off the shelf of Google Play