[Updated] Verizon Samsung Galaxy A50 Android 10 (One UI 2.0) update delayed, should be released this month though

Towards the end of last month, Verizon Wireless and Sprint owners of the Samsung Galaxy A50 got refreshing news about the much-awaited Android 10 update for their carrier-locked variants.

At the time, the Galaxy A50 Android 10 test firmware for both Verizon and Sprint variants popped up online, suggesting that the rollout was getting closer.

Not long after, though, the U.S. unlocked Galaxy A50 started receiving its March security update. This package arrived based on Android Pie, implying that the rollout to Android 10 was still a matter of waiting.

To put a smile on the faces of Galaxy A50 owners, the support guys revealed details of the expected Android 10 availability, placing the dates between April 1 and April 11.

Well, over a week later, the OS is still nowhere to be seen despite rolling out in other markets across the globe. Even more frustrating is that Verizon support says there is no new confirmed release date for the software.

On the brighter side, though, the same guy notes that the update can still be expected to roll out this month, which still has a little under two weeks left to run out.

Going by the info above, the Big Red should roll out the update to Android 10 for Galaxy A50 units this week or next week. Of course, just like the previous date, there is no way to ascertain that the latest developments will indeed materialize but hang in there. 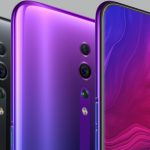