Stories of the upcoming Samsung One UI 2.5 and One UI 2.1 updates have been doing rounds all over the web, leaving many owners of Samsung devices yet to receive the One UI 2.0 update wondering when their chance will come.

Matter of fact, some are even surprised that One UI 2.1 update is already rolling out to the likes of Samsung Galaxy Note 10 and Galaxy S10 series, yet they’ve yet to get a taste of the now older One UI 2.0 skin.

Of course, the One UI 2.1 skin will at some point make it to some of the devices that get updated to One UI 2.0 such as Galaxy Note 9 and S9, but there is no official roadmap yet. More so, nothing is concrete when it comes to the budget handsets like the Galaxy A50.

Sure, the Galaxy A50 Android 10 update is already out there. The OS was released a few weeks ago in Korea and India and is expected to keep spreading to more markets in the coming weeks.

For Sprint and Verizon Wireless owners of this device, it appears that the wait won’t be too long. This is after Android 10 test firmware versions for the two carrier variants popped up online, suggesting that works on the OS are already underway.

Discovered via the CheckFirm app (available for download in the Google Play Store), the One UI 2.0 test firmware has software version A505USQU5BTC5 on both Verizon Wireless and Sprint, which isn’t unexpected.

The story is pretty much the same across Europe, with an updated test firmware version A505FNXXU4BTC9 doing rounds on the web, also suggesting that the rollout to Android 10 for this model isn’t too far away.

Unfortunately, we can’t give you an exact date as to when to expect the Galaxy A50 One UI 2.0 update to hit the U.S. variants, but these developments do suggest the rollout is imminent.

We will have our eyes on the developments and update this story when the OS begins rolling out. Stay tuned to PiunikaWeb.

The U.S. unlocked variant of the A50 is now picking up March 2020 security patch based on Android Pie. See the full story here.

The One UI 2.0 release date for the Verizon Galaxy A50 has been revealed. Head here for the coverage.

The Android 10 update is now live for Sprint branded Galaxy A50. Head here for more details. 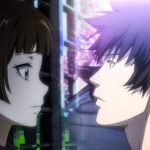