The MIUI 12 is the next big thing that Mi Fans expect from Chinese smartphone manufacturer, Xiaomi. Sometime last month, the company officially announced that it is ending the development of the MIUI 11 system. This sparked speculations that the MIUI 12 is on the way. The MIUI 12 Eligibility Test is developed by Alpha Developers Official. From the information on Google Play Store, this is the only app from the developer. We have tried this app on a couple of Xiaomi phones including Xiaomi Mi 9 SE and Xiaomi Mi Max 3. 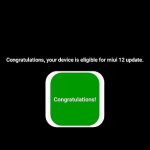 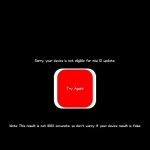 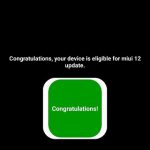 However, we will like to advise that the MIUI 12 is still in development. A moderator on Xiaomi forum recently confirmed that there is no information on MIUI 12. His words

There are absolutely No News about MIUI 12 for now, the Development has just begun… But Yes, I’m sure it will get MIUI 12!

While its interesting to know if your device will get the MIUI 12 update, we will like to remind you again that this is not an official list from Xiaomi. Thus it’s best to take the information with a grain of salt.

No doubt, Xiaomi is currently working on the MIUI 12. Recently, the company accidentally (or maybe not) released a beta version of its stock Settings app. The app shows that Xiaomi will tweak the MIUI 12 design in areas like the Refresh rate, Focus mode and more.

In addition, the leak also shows that Xiaomi may also be working on a system-wide dark mode. In all, the Xiaomi MIUI 12 will offer a lot and we can’t wait to let you know what it holds. Keep a tab with us for more MIUI 12 update

NOTE: We have these and many more Xiaomi stories in our dedicated section.

Previous article [Updated] Nokia 5.1 Plus Android 10 update alledged to rollout in May