The average smartphone user is said to be holding onto their smartphone and only upgrade after 32 months.

This means that technically, smartphone makers only need to officially support the device for that long.

However, for the most part, we have hit the smartphone plateau as year-on-year advancements in tech isn’t drastic anymore. This means that a modern flagship is still relevant three, even four years down the line.

This move has led some companies to support their devices officially for much longer. We recently saw Samsung committing to update its flagship devices to three new Android versions including the S10, S20, Note 10, Note 20, and even the A-series devices.

Since then, we’ve seen a general willingness by Android OEMs to share their update policies, outlining how long its devices are set to get official support via OTA.

OnePlus offers three OS updates to its devices and with that info, users are able to easily tell when their devices will cease to get official support from OnePlus.

We also know that OnePlus offers its devices an extra year of software support on its last Android version. This means that OnePlus’ devices are set for up to 4 years after launch.

With this, users of the OnePlus 8 devices and the OnePlus Nord released this year have an idea of how long their devices will be supported.

To reiterate this, OnePlus has recently published the Support End-Dates for the Nord and the OnePlus 8 devices.

In the publication, OnePlus notes that these devices will cease getting updates as follows; While this is no surprise really, it is exciting news for users of these devices as they now have a clear picture of how their devices are set to age.

It is also admirable that OnePlus is able to come out and issue communication like this on their current devices and how long they’ll be supported.

This sort of info is useful for users who might want to buy these devices in the used market and other OEMs really need to borrow a leaf from OnePlus and publish their Software Support schedules for their devices.

Another trait that other OEMs could learn from OnePlus is how to roll out new Android versions to eligible devices as soon as possible.

OnePlus pushes bi-monthly security patches and thus this information left users confused as to why the company opted to take a step back. However, it seems this was simply an error that has now been rectified on the OnePlus AER page as pointed out by a staff member on the company’s community forums. 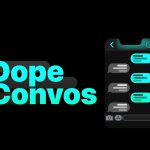