Android 10 is no longer new and flashy. Many eligible devices from various OEMs have already been updated at this point, starting with the Pixel devices at launch, back in September 2019.

Well, more and more users continue to get the update to Android 10 on their devices but as this is an OTA update, it naturally takes time before the same can be rolled out to all eligible devices.

Often, this move is meant to ensure that in the event of a major bug that maybe went unnoticed during the Beta testing phase, the update can quickly be rolled back before it can be re-released. This move has worked well in the past.

Well, one frustrated user who went on to request for clarification from Realme on when exactly the device should be getting updated to Android 10, might have gotten us one important answer that Realme X2 users have been pondering over.

In the response, Support says;

“We have started to roll out Android Q / realme UI since the end of March, and will 100% release in mid-April, please wait in patience.”
Source

This move by the company to try and push out the update to 100% of the eligible devices means that the company plans to complete the rollout by mid-April. To recall, the company did the same thing with the rollout of Android 10 to Realme X and Realme 5 Pro. You can read more about that here. 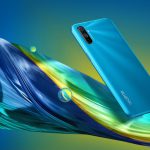 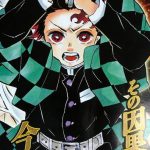