Over the weekend, the microblogging site has been flooded with claims from those who caught it in theatres that the one released over Amazon Prime Video is an edited version.

Although the edits throughout the episodes don’t change the narrative or plot significantly, word has it that an entire after-credits scene has been left from the Amazon Prime Video release. To find out what we missed, read till the end and of course, brace for some major spoilers.

If you are familiar with the Psycho-Pass franchise, you would know that it is well within the show-makers narrative style to release extra scenes or added sequences and canon content outside of the main release. Especially to the season finales or at the end of the movies-style releases.

The tradition started with season one itself and as one would recall, the after-credit scene shared was quite vital to the franchise.

Released as ‘After Stories’ on the Psycho-Pass Finale Event held last 14 March 2013, one of the after-credit sequences was a phone call from Kougami to Akane after he is on a run from the PSB. It was bittersweet but a huge relief to the fans who were dying to get any news of Kougami after season one finale.

Similarly, Psycho-Pass season 2 finale also had a post-credit scene related to that timeline, while the movie that followed showed Kougami watching the news and connecting it to Akane.

Infact, Psycho-Pass 3 left us with the biggest cliffhangers to date in its after-credits scene. Season 3 Episode 8 was laced with a ‘docu-style’ narrative involving former Enforcer Yayaoi (then journalist) taking interviews of everyone from the Public Safety Burea on their view on ‘justice’.

She was actually working undercover to gather information to help free Akane Tsunemori. Which is why the after credit scene leaves us devastated when we find her run into an accident, and one of the key antagonists from Psycho-Pass 3 stealing something from her, while she is left bleeding to death in the smashed car.

To find out the context, please go ahead and read our recap and analysis of Psycho-Pass season 3 here. Now that we have established that it is safe to assume the rumors by fans has some truth to it, let’s find out what they actually say.

After the movie ‘First Inspector’ ends (and that’s not without us fans getting a satisfactory Kougami Shinya and Akane Tsunemori reunion moment), we get the heart thumping ending credits with Co Shu Nei ‘Red Strand’.

In the movie version, the scene jumps to Public Safety Bureau officers Kei Ignatov and Arata Shindo having an audience with Akane Tsunemori and Shizuka Homura. It is only a few seconds and all we fans get is a line from Akane Tsunemori promising to tell them what happened two years ago.

From the hints laced throughout the last two seasons, we can safely guess that Akane Is referring to the case that got her imprisoned. Simultaneously it also probably has a strong connection to what Arata and Kei have been investigating – the truth about Arata’s father and Kei’s brother.

What is intriguing is how Shizuka Homura, now freshly appointed Bureau Chief of Public Safety Division, who was shown as part of the antagonistic organization Bifrost throughout the last two seasons, has in connection to that case.

During the climax of ‘First Inspector’ we are shown that Shizuka Homura may have been working for Sybil all along, or at least working to destroy Bifrost. After his ‘hostile takeover’, he invites Sybil as a Congressman on the ‘game table’.

Upon given the choice to join PSB and replace Hosorogi, he accepts on condition that Sybil releases Akane Tsunemori from confinement. This left fans questioning how exactly is he connected to Akane Tsunemori, and if he had been a good guy all along.

All in all, there are too many questions raised and unanswered throughout Psycho-Pass 3, which would leave a bitter after-taste even as the season concluded beautifully with the ‘First Inspector’ trilogy.

Therefore the shadowing of a fourth season that finally tells the fans exactly what went down that resulted in Arata and Kei losing their family members, and Akane getting locked up, only leaves us with excitement and hope.

Psycho-Pass is a cyberpunk crime thriller franchise produced by studio Production I.G that predicts a future where humans (in Japan) live in an almost crime-free society. This is made possible by their Psycho-Pass, a psychometric analysis score that indicates their likelihood to commit a crime.

The first season aired in 2012, and since then the franchise has released two Tv size seasons, a feature film, and two separate trilogies, with a hint of a season 4 left open-ended. 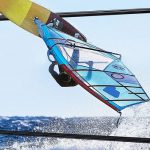