The wait is over guys! We will finally get closure to the mystery and bundle of questions that Psycho-Pass season 3 threw us into. The second half of Psycho-Pass 3 is out!

Amazon Prime Video has just started streaming the ‘First Inspector’, the concluding movie adaptation to the anime Psycho-Pass 3. An English-subtitled version meant for worldwide distribution has also released simultaneously on the streaming platform, and is labeled as ‘season 4’ in the app and the website.

This movie adaptation can be looked at as a trilogy, each 46 minutes long, that aims to tie the loose ends that season 3 TV anime left us with. The story will focus on the new inspectors on the Public Safety Bureau’s Criminal Investigation Division Unit 1 Arata Shindo and Kei Mikhail Ignatov.

They were introduced to us with season 3. We are also about to get much clarity on the organization Bifrost, and their agenda. For those who are left behind on the plot or need a quick recap, here’s our review and analysis of Psycho-Pass season 3, which released last year.

Will we get to see Akane and Kogami in the new trilogy that just released? Without divulging more spoilers (of the movie and the preceding anime season) we can say that this movie trilogy promises to be as emotional as it is action-packed.

Psycho-Pass is Production I.G’s cyberpunk crime-action thriller series that began airing its first season in 2014. It explores a world where a dystopian Japan maintains a crime-free state, by predicting how one is likely to commit a crime by their so-called ‘Psycho-pass’ numbers.

To celebrate the launch of ‘First Inspector’, Psychopass Production Committee has tied up with indie pop-rock band Cö Shu Nie, to release the ending theme song ‘Red Strand’. The announcement came from the artist’s official Twitter handle, along with accompanying visuals from the new movie trilogy.

The track is now streaming on Spotify, iTunes and Apple Music, and the anime version of the MV has also released on YouTube. Additionally, the music video for ‘Red Strand’ performed by the artists themselves will release on April 1 on YouTube. Here’s a place holder for you to catch it the moment it releases.

Those familiar with music in popular animes will immediately recognize the female vocals as the same from the song Asphyxia in the anime Tokyo Ghoul: Re. 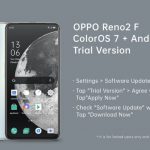 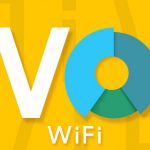 VoWiFi (WiFi calling) support for Jio and Airtel is now available for all Realme devices, here's how you can activate it