A strong pilot episode, top-notch animation and soundtracks, intriguing and likable new characters, and an engaging new theme for the plot easily makes Psycho-Pass 3 one of the most entertaining anime releases of 2019.

The 8-episode series, of which only 6 are out now, has been successful in carrying the franchise’s legacy without inviting the hate that season 2 had received. Mostly because season 3 manages to give fans what season 2 painfully avoided mentioning:
Kougami Shinya, the series’ OG male lead, who went missing at the end of Psycho-Pass season 1, in the cruelest cliffhangers in anime history.

Before we get to the juicy spoilers, let’s sort out the watch order:

If you went by popular opinion and skipped Season 2, you may still be able to keep up with season 3.

But in order to fully enjoy the twists in the plot, the development of some of the characters, the ongoing subplots and of course the references, I recommend that you watch Psycho-Pass The Movie (2015), and Psycho-Pass Sinners of The System (Psycho-Pass SS) movies (2019). For a more comprehensive understanding of the time-line, head here.

With the watch order out of the way, let’s get to the spoilers!

The latest season opens with no sign of Akane Tsunemori, our female lead and primary POV for the last two anime seasons.

The pilot successfully teases us with glimpses of her in the starting few seconds, in references as a former Unit One Inspector, in the opening and ending sequences of the anime, and of course as the voice of the narrator.

The first real mention of her happens right after Kougami Shinya is reintroduced in the series, as a member of the Foreign Affairs Operations Department, along with Nobuchika Ginoza, in the most matter-of-fact way. No dramatic entrance, no slow pan, no cut-ins of his signature hairstyle, his eternally lit cigarette, and those intense eyes.

Fans solely following the anime series may feel betrayed by this lack-luster welcome of their favorite character from the series, after waiting for years for his return to the show. Not to mention the million unanswered questions?

Wasn’t he wanted by Sybil? How is he, with a presumably high crime-coefficient walk around scot-free? How did Ginoza end up working with him again? And the most important question: Did he reunite with Akane? Why isn’t she with him?

But that is precisely why it’s essential to watch the movies, where Kougami’s life after leaving Sybil and Japan, his somewhat reunion with Akane Tsunemori and his connection with Foreign Affairs Operations Department, is explained.

Through Kougami, Ginoza and the current Unit One chief Mika Shimotsuki we learn that hardly anyone has recently been in contact with her and that Ginoza is planning to carry on what she intended him to do.

The shocker hits you in episode four when Akane is referred to as an ex-inspector, who is accused of murder, and now awaiting her trail under the Sybil system in isolation. 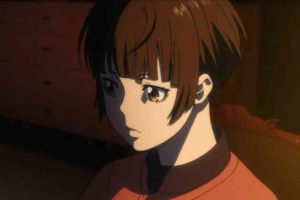 That Akane? Who’s idealism and belief in justice even Sybil itself can’t compete with?

Who’s crime coefficient remained alarming low even when faced with her grandmother’s murderer in season 2, and kept her mental cool, represented by a crystal clear Psycho-pass hue, even when put through stressful situations that broke most other Inspectors – has committed a crime?

If you aren’t flipping out at this, you haven’t been faithfully following the show.

Accusations against Akane Tsunemori, although sound dubious, seemed to have a connection with a case that the two current inspectors of Unit One, and protagonists of season 3, Arata Shindo and Kei Mikhail Ignatov have a personal interest in.

The New Public Safety Bureau with ‘The Mentalist’

And, the two share a very deep bond. (To the point that Shounen Ai lovers would have a field day taking screenshots and writing fanfics).

In canon though, the two have a twisted history that both explains and confuses readers of their attachment and commitment to each other and their common goal. 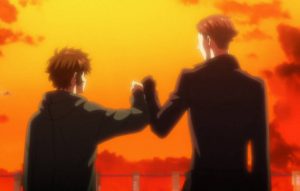 While Kei is your average ex-military man with both brains and brawns to take down tough criminals quick decision making and smooth martial arts moves, his identity as a foreigner is extremely crucial to this season, with immigrant crisis being one of the primary conflicts.

On the other hand, Arata lets you take your guard down with his boy-next-door charm and endearing personality, only to shock you with his mind-blowing – and somewhat creepy – mentalist skills. And his almost superhuman parkour abilities.

To many, the use of Arata’s ‘mentalism’ to solve cases may almost feel like a De Ex Machina addition the Psycho-Pass universe didn’t need. Not to mention, his gravity-defying parkour skills, that are a feast for the eyes during the chase scenes, but makes his character too good to be true.

In conclusion, as of episode 6, Psycho-Pass 3 has kept us at the edge of our seats with nail-biting tension. But the season has started us on too many side-plots and unanswered quests, of which only a section could be wrapped up in the remaining two episodes, without seeming too rushed.

We may be able to draw curtains to Arata and Kei’s main conflict in this season, but viewers would have to wait for another season or another movie to get a satisfying answer and resolution to Akane’s disappearance. 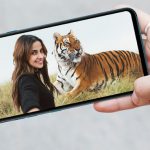