[Updated] Redmi Note 7 Android 10 update under development, no ETA though

Xiaomi has already rolled out Android 10 update to a bunch of Redmi handsets, all the way from the high-end Redmi K20 Pro down to the Redmi Note 8 Pro, but there is still quite a list to go.

Soon after the standard Redmi Note 8 and the 8T receive the update – which is currently being tested – fans will be looking forward to the Redmi Note 7 Android 10 update to begin rolling out.

PiunikaWeb readers will already know that the device picked up the beta update to Android 10 a while ago. However, like other MIUI beta updates, this one has been – and still is – limited to the Chinese variant of the Redmi Note 7.

There are some answers but no, this time not from the unsure support guys, but from the more reliable Mi forum moderator. In addition to confirming that the Redmi Note 7 Android 10 update is under development, the mod also notes that there is no estimated time of arrival (ETA) at this point.

Dear user, Its under development however no ETA. Kindly stay tuned on mi global community for further info. Thanks

Having been under testing since early January, it’s understandable that Redmi Note 7 owners expect the update to be available by now, more than two months later. But bearing in mind the effects of the coronavirus outbreak on MIUI updates, this delayed rollout seemed inevitable.

The fact that the moderator says there is no ETA further casts a shadow on how soon the rollout can be expected, but we hope the wait won’t last too long. Also, it’s a good sign that the OS is already available for its Pro counterpart.

As usual, we will keep watching the developments and update this story when the update arrives. Stay tuned to PiunikaWeb.

The Redmi Note 7 is expected to pick up the Android 10 update by April end. Head here for more coverage.

The Android 10 update for the RREdmi Note 7 is expected to arrive with MIUI 12, Head here for more details. 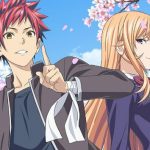 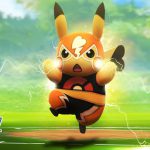