Xiaomi has been all over the news after the unveiling of its latest iteration of MIUI, the MIUI 12. Like every other Xiaomi users, Redmi Note 7 users are also pretty excited about getting their hands on the latest UI.

There was some information by one of the moderators, that the Android 10 update for the Redmi Note 7 was expected somewhere around April end or the first half of May.

Cut to now, we have already entered the month of May and there are still, no signs of Android 10 update for the Redmi Note 7. The device has done some rounds of the internet when it was spotted running Android 11 in a Geekbench listing, while users are waiting for the Android 10 update.

But, there is a piece of new information coming from one of Xiaomi’s moderators which is surely going to make the Note 7 users excited.

Responding to a user query on the Android 10 status for the Redmi Note 7, the moderator stated that, although there is no official ETA for the Android 10 update, it is expected to tag along with the MIUI 12.

Android 10 for Redmi Note 7 is under developement, No ETA for it. May be with MIUI 12 who knows. Till then stay tuned on mi global community for further info.

So, at least there is something to be excited about for the Redmi Note 7 fans. Moreover, the device has already been confirmed and put in the official list of devices that will pick up the MIUI 12 update.

And by the looks of it seems more practical that Xiaomi will release the Android 10 update alongside MIUI 12 for the Redmi Note 7 since, we are expecting the global release of MIUI 12 in the coming months. However, due to the lack of any official ETA, it is not possible to say, as of now, the exact date when it will arrive.

For those who are interested in trying the MIUI 12 closed beta, you can head here. However, you should keep in mind that you need to have TWRP custom recovery installed on your phone.

You can rest assured that we will keep our eyes on the lookout if there are any further developments regarding the Android 10 update for the Redmi Note 7. 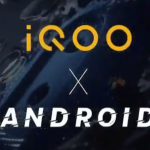