Bunch of new updates are lined up for smartphones from different OEMs. Devices from Samsung, Redmi, Huawei, and Oppo have received the monthly security patch update. For some devices, the update also includes bug fixes and stability improvement.

On the other hand, the Galaxy A8 Star, Redmi K20 Pro/Mi 9T, Oppo F15, Oppo K3 and the Huawei MediaPad M6 (10.8) have received the February security patch update.

The latest March security patch is now available for the Samsung Galaxy A50s. Currently, the update is for the Vietnam and Thailand regions.

Samsung Galaxy M20 is receiving the March security patch update. It weighs around 241MB in size and carries the version number M205FDDU4CTC1/M2O5FODMACTB2/M205FDDU4CTB2.

While Oppo F11 and F11 Pro have recently received the February update, the Oppo Reno3 Pro is already grabbing the March security patch. The size of the update is around 3GB (3074MB to be precise) and has CPH2035_11_A.08 as its version number.

The February security patch update is available for the Samsung Galaxy A8 Star. The version is G885SKSU3BTBI/G885S SKC38TB1/G885SKSU3BTA2. The update weighs in around 363MB in size.

Codenamed raphaelin, the device is receiving February’s security patch. The update is for the Indian region and carries a size of 2.4GB. Apart from improving device security, the update also brings a Vlog feature for videos.

Here’s the complete detail on this update, along with the download link.

The device, launched in the month of January this year, has received the February’s security patch update. Apart from enhancing system security, the update also fixes the probable unlock fail issue. Weighing around 2650Mb, it has CPH2001EX_11_A.23 as the version number.

While the beta test for Oppo K3 Android 10 is scheduled for April, the device has recently received the February update. It not only improves device security but also welcomes the Soloop Video Editor app.

[Applications]
-Soloop Video Editor: Create your video with one tap.

The Huawei MediaPad M6 (10.8 inches) is also receiving February’s security update. The size of the update is approximately 217MB and has the version number 10.0.0.223(COOE210RP10). The update has also added support for a number of apps to the parallel vision function.

Here is the complete changelog (translated from Chinese):

[Applications]
-Parallel vision features add support for apps such as Xiao Hong book and China Merchants Bank to fix some of the apps flashing bugs under special scenarios.

[Unlock]
-Fixed a bug that unlocks a non-bright screen in some scenes.

[System]
-Optimize the system stability of some scenarios.

These were some of the Samsung, Redmi, Huawei, and Oppo devices to get their hands on the February/March security patch updates. Don’t forget to check your device for the OTA notification for the update. 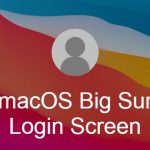 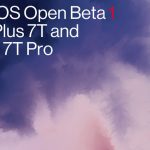