Daily, one or the other smartphone OEM, push a new update for its devices, be it security or firmware updates. Samsung, which is now a name to reckon when it comes to rolling out updates, is pushing the March 2020 update for Galaxy J7 Pro.

Let us take a look at the updates received on each of the above-mentioned devices, one by one:

Samsung launched the Galaxy J7 Pro back in June 2017, and while such older devices from other OEMs are not being looked after by the majority of the OEMs, the latest March 2020 update is now live for Galaxy J7 Pro users.

The update comes with the version number CTB1 and weighs in a nominal 43.21 MB in size. It is purely incremental in nature and just improves the security patch level.

Huawei P20 Lite users are also grabbing a new security update, which is the February 2020 patch. The update comes with version number EMUI 9.1.0.306 and weighs in around 217 MB in size.

February 2020 update is also rolling out for the Verizon Motorola Moto Z3 as well. It is being pushed with the version number PDXS29.84-51-6 and you can check out the screenshot of the update below:

As per the Nokia OTA Repository Telegram channel, the February 2020 update with version V1.080 is now available for the Nokia C1 users. The update is reportedly 229.2 MB in size.

Oppo has also joined the bandwagon and released the February 2020 patchset for the Oppo F11, F11 Pro and Oppo A9. The update for all the three devices arrives with version A.42 and it weighs in around 2.28 GB in size.

The changelog mentioned below is the same for the trio: 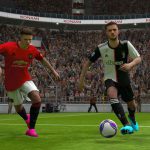 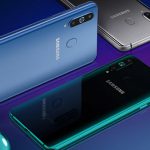